The constitutional law professor retaliated by posting a selfie taken on an Asian speedboat, asking if he'd missed anything. 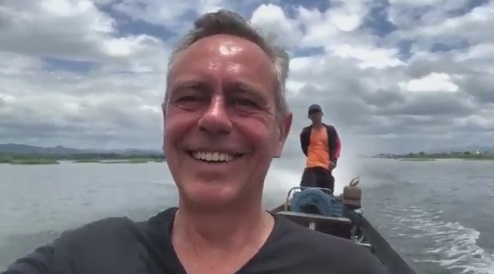 Pierre de Vos on a lake somewhere outside of South Africa.

Constitutional law professor Pierre De Vos has retaliated in comedic fashion to Advocate Dail Mpofu’s time-bound threat of legal action for his post on the Sars commission of inquiry.

Mpufu threatened De Vos with legal action on Wednesday if he refused to take down his article by 12pm.

De Vos is overseas, according to his voicemail, but appears to have seen the deadline threat from Mpofu.

In a post, De Vos retaliated with a short video of himself on a speed boat somewhere on a lake. A later post from him said it was 6.30pm where he was, right before questioning if he missed anything.

Advocate Dali Mpofu: If you do not remove this article which I find defamatory,insulting & possibly racist….on your timeline & any other platform by 12h00 expect legal action

De Vos posted the piece detailing why attacks on the commission have no legal basis and suggested they must be politically motivated.

“From a legal perspective, the attempts by former SARS Commissioner Tom Moyane and his legal representative Dali Mpofu to paint the SARS Commission of Inquiry as “grossly unfair” to Moyane, and the demand that the Commission cease its work, are rather odd as the arguments have no valid legal basis and are based on false claims. But – while unethical – it may make sense from a political perspective to try and create an impression in the minds of ordinary people (and governing party leaders) not knowledgeable about the law, that the Commission is biased against Moyane.”

“…To ask the Commission to cease its activities and for one of its participants to recuse himself (as advocate Dali Mpofu did last week) therefore makes no legal sense as the Commission does not have the power to do any of these things. It is like someone approaching me and demanding that I score the winning goal in the Soccer World Cup final. It is sadly not something I am entitled to do or will ever be able to do…”

“Mr Moyane (or anyone who supports him – whether they worked at SARS or not) therefore has an open invitation to make submissions to the Commission. The chairperson of the Commission has also stated that if Mr Moyane requested to give oral evidence, this will be arranged. For some inexplicable reason Mr Moyane has refused to do so.”

“Furthermore, to claim, as Dali Mpofu did last week, that Mr Moyane was not given an opportunity to make submissions to the Commission is therefore false. Why advocate Mpofu would make this claim when he must know that it is not true, is not immediately clear.”

“From the above it must be clear that from a legal and factual perspective the claims advanced on behalf of Mr Moyane by advocate Mpofu regarding the Commission makes little sense. (It is also unethical for an advocate knowingly to make false submissions on behalf of his or her client.)”

“But perhaps there is a political reason for this strategy. While Mr Moyane and his lawyers must know that they have no legal leg to stand on, their aim might be political and not legal.”

De Vos believes a reason for this may lie in the very fact that commissions of inquiry are appointed by the president and are supposed to be policy-enhancing tools to assist the executive to do its job properly.

“But as we all know, xommissions are pliable and serve the interests of the president who appoints them. They often do not only serve a policy-enhancing purpose, but also a more overt political purpose.” 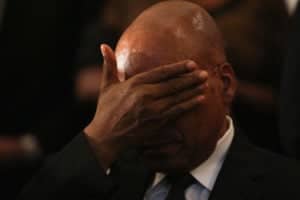 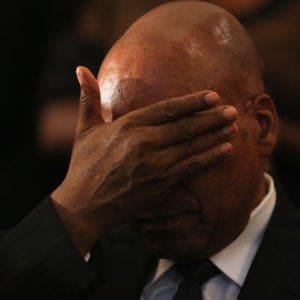 Zuma has no proof to back conspiracy theories against NPA's Downer, court told
4 months ago
4 months ago 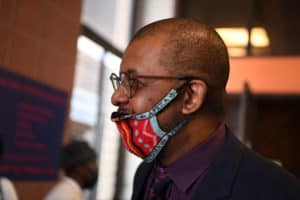 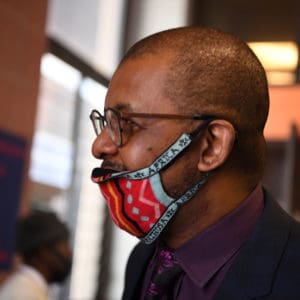 Zuma has right to public trial, postponement ask 'not a delay tactic', says Mpofu
4 months ago
4 months ago

Zuma has no proof to back conspiracy theories against NPA's Downer, court told
4 months ago
4 months ago

Zuma has right to public trial, postponement ask 'not a delay tactic', says Mpofu
4 months ago
4 months ago