The party's leader says the accused should immediately be placed under arrest. 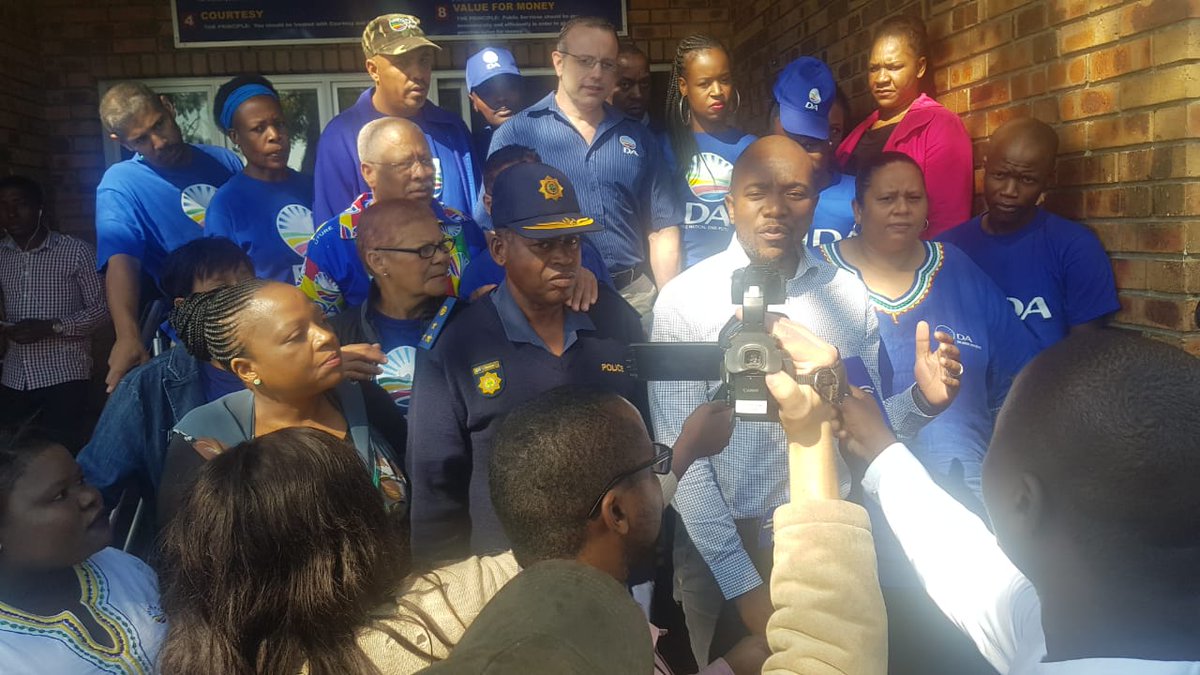 Democratic Alliance (DA) leader Mmusi Maimane accompanied two job seekers to a police station today to lay criminal charges against a department of health official in Mpumalanga, who the job seekers have accused of asking for sex in return for work.

Mpumalanga News reported on Sunday that the two women accused the official of allegedly having repeated sex escapades with them in exchange for work at Rob Ferreira Hospital in Mbombela, Mpumalanga.

The report states that for the past seven years, the two job seekers, named Zodwa Thabethe, 46, and Thandeka Mathebula, 33, have been exploited by the official whose name is known to the publication, without the promises of work he had made to them coming to fruition.

“Access to jobs is a serious issue in our country, as almost 10 million South Africans struggle daily to find work. This has led to the pervasive practice of ‘carpet interviews’, whereby vulnerable women are made to act against their will in order to find work and to put food on the table for their families.

“This is corruption and abuse of power of the highest order and must be eradicated once and for all,” the DA said in a statement.

Preying on desperate people is abuse and corruption and this must never be tolerated. pic.twitter.com/xp7hAAaL17

The two women approached Mpumalanga News several weeks ago, showing the newspaper’s journalist a death threat sent via SMS, which had been sent in the wake of the department’s probe into the matter. The sender apparently feared being identified.

“We will send people to kill you, this is a serious matter,” a translated version of the SMS read, the publication reported.

A statement from the department accused the women of attempting to bribe the official with R3 500, it is further reported.

The women, however, denied the accusation. The department reportedly also said the women had consented to perform sexual favours for the official to secure employment. The department classified the matter as “private”.

The two women added that among other things, as evidence of what had been said between them and the official, they still had in their possession audio recordings and an eWallet SMS from the alleged perpetrator.

The department of health’s media liaison officer, Chris Nobela, told the publication the department would compile a report, and if its findings confirmed possible misconduct on the part of the accused employee, then disciplinary action would be instituted.

Maimane called the accused official a devil and an animal who had abused his power to sexually exploit the two women.

“In what country does an interview process include sex? Nowhere,” Maimane said.

“The men that prey on the powerless women deserve the same treatment and scorn as any other rape and sexual assault offender.” @MmusiMaimane #SexForJobs pic.twitter.com/NfZ5H34Tc1

“The men that prey on the powerless women deserve the same treatment and scorn as any other rape and sexual assault offender.”

Maimane said it was rubbish that nothing tangible had been unearthed during investigations into the matter, calling for the accused official to be placed under arrest immediately.

"We are here to call for justice against that animal, because if we don't make an example of him, as men of society we will be tarnished by such acts of barbarism." @MmusiMaimane #SexForJobs pic.twitter.com/jfWk86JzeY

“We are here to call for justice against that animal, because if we don’t make an example of him, as men of society, we will be tarnished by such acts of barbarism.”