Gauteng is home to most foreigners in the country

Pretoria-based International Organisation for Migrants says instead of chasing migrants away, compliance with regulations should be enforced. 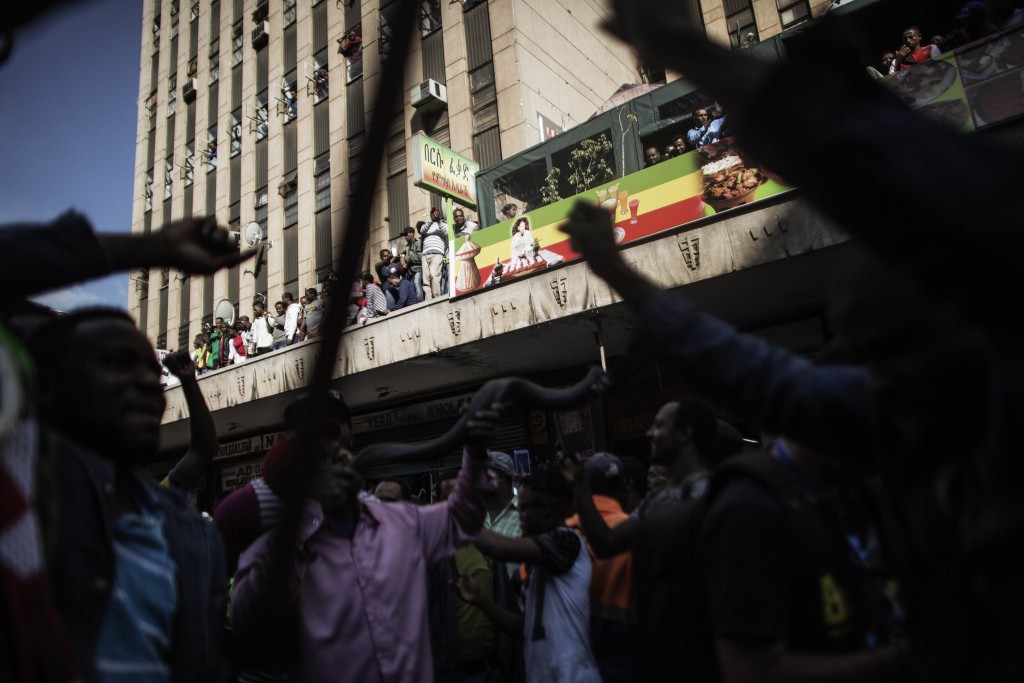 FILE PICTURE: Foreign Nationals cheer from their residences and shops as thousands march against the recent wave of xenophobic attacks in South Africa through the streets of Johannesburg CBD on April 23, 2015.

Gauteng has the highest proportion of foreign-born workers, numbering about 8% of the working population, followed by Limpopo and Mpumalanga at 4%, while in the North West and in Western Cape the figure stands at 3%, according to Statistics South Africa.

According to the International Organisation for Migrants (IOM), most foreign nationals come to Gauteng in search of jobs.

Pretoria-based IOM assists undocumented migrants who wish to return to their countries, according to spokesperson Ntokozo Mahlangu.

Responding to a call by Johannesburg mayor Herman Mashaba for national government to rid the country of undocumented immigrants, Mahlangu said he “should be enforcing compliance with regulations.

“Migrants have come in search of economic potential. On a number occasions they succeed.

“However, not all compete with or replace South African workers. Many come to set up their own specific businesses.”

He said migrant entrepreneurs contributed “to the further development of the economy and are able to create employment for South Africans”.

He said international best practice was to “welcome migrants and recognise their skills to help the development of the country”.

“Worldwide, many migrants are significant assets to their country of destination.

“In many cases, migrants are able to set up a new life in their country of origin. But in other cases, IOM assists returning migrants in setting themselves up and creating a new future for themselves and their neighbours,” said Mahlangu.