In an interview that saw him defend the right of white people and King Goodwill Zwelithini to land, the Cope leader became emotional. 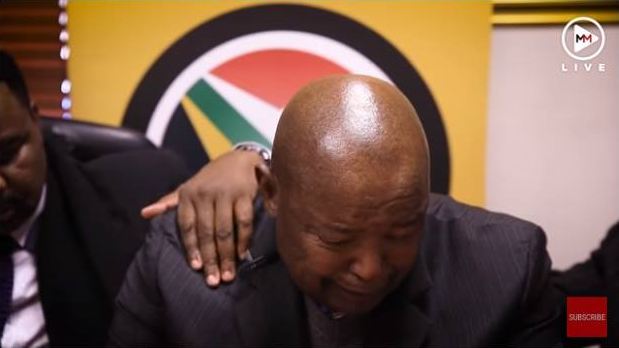 In an interview with TimesLive, Cope leader Mosiuoa Lekota broke down in tears while remembering his comrades who died during apartheid. He also expressed disappointment in the ANC’s decision to back a policy of land expropriation without compensation.

In the interview, Lekota defended white people’s right to land in South Africa, saying the land was not stolen but bought. He went on to defend King Goodwill Zwelithini’s Ingonyama Trust as well.

“I want to kill this myth that there are white families that were given land for free. That is not true. It was not given [to whites] for free. Never! Remember, this is a capitalist society,” Lekota said.

WATCH: Malema and Lekota get into a fight at Limpopo land hearing

“I’m saying to you, go to any white family that you like. Show me a family that will not be able to show you a title deed for the land they bought. Go to the deeds office; check there‚ whether there is any property that was given free to anybody. This is another thing you can help the public with. Check and see if you can find that Van Rooyen‚ Van Meulen who […] was given land free‚” he continued.

Reacting to the recent panel led by former president Kgalema Motlanthe, where it was recommended that the Ingonyama Trust Act be repealed and the Ingonyama Trust be dissolved, Lekota said rather than taking the land away from the king, he should be encouraged to pass the land on to his people through title deeds.

“Inkosi‚ iSilo‚ we must give him a title to his land‚” he said.

“We must then say to him: ‘Here are your people who live in your land. We request that you give each person the piece of land that they live in. With your permission‚ let us give these people title deeds.’

“When someone has a title deed‚ they can own their land and develop it. We don’t have to take the land from the king. The king must give it to the people living in the land.”

Mosiuoa Lekota has broken down in tears as he described his comrades who died at the hands of the apartheid regime – @TimesLIVE pic.twitter.com/sRt98m4Xd8

Error Lekota is a disgrace, his tears are just to garner sympathy for his disgraceful defence of the colonial settlers