N14 a ‘warzone’ amid protests

Protesters have been stoning cars, and a portable toilet was spotted on the highway in Krugersdorp. 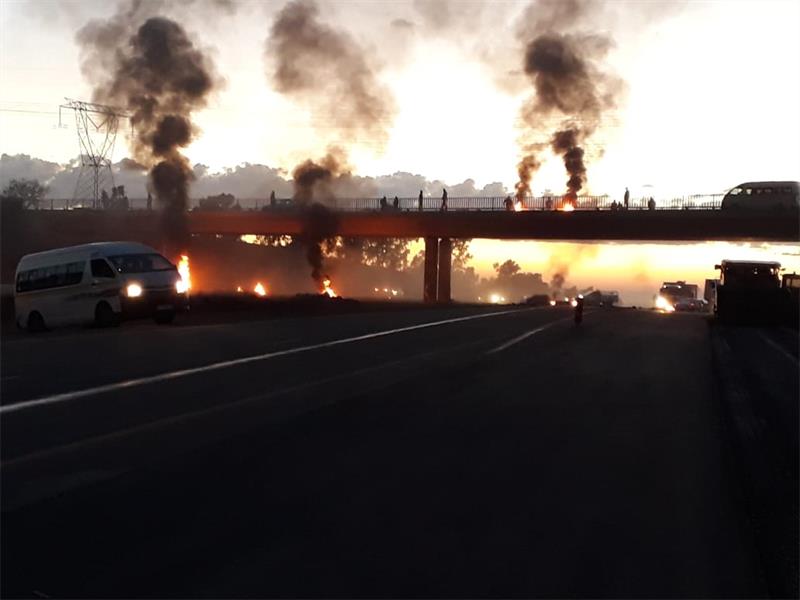 Protesters stood on bridges and threw burning tyres onto the N14 below. Photo: Facebook.

Emergency service personnel have warned motorists to steer clear of the N14 near the Lanseria off-ramp after protesters blocked the road with burning tyres, rubble and rocks. 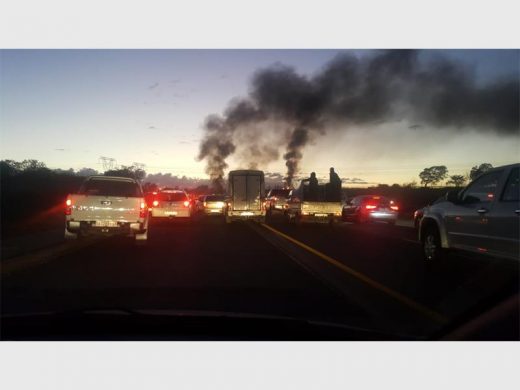 The N14 near the Sandton/Pretoria West off-ramp is also closed due to the protest. Emergency services reported that protesters were throwing rocks and burning tyres off bridges on to cars. There are also many pedestrians and protesters crossing the highway, and with the smoke from the burning tyres causing bad visibility, this poses a real concern.

Motorists are advised to use alternative routes to avoid getting caught in traffic.

Other routes that are affected include Constantia Road in Olievenhoutbosch, the R55 off-ramp, and the entire N14 towards Diepsloot.

In the meantime, police have been deployed to attend to the situation. It’s not yet clear what the reason for the protest action is.