Shivambu says it is questionable that arrests linked to CIT heists are made by the Johannesburg Metro Police and the SAPS. 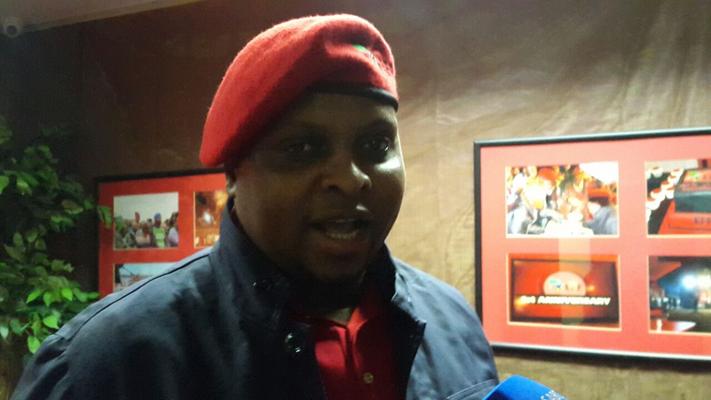 Following revelations that an ANC staffer has been arrested for alleged involvement in a cash-in-transit (CIT) heist and the organisation confirming one of its employees at Luthuli House was arrested earlier this month, EFF deputy leader Floyd Shivambu says the governing party is to blame for the recent spate of heists in South Africa.

Johannesburg mayor Herman Mashaba made the shocking revelation that one of the suspects arrested in connection with a CIT heist had worked at Luthuli House, the headquarters of the ANC, located in Johannesburg.

In a statement, the ANC confirmed they had fired Errol Velile Present for “his arrest and appearance in court on allegations of a number of heinous crimes”.

The ANC also expressed its dismay, and said it would be instituting its own disciplinary inquiry, to ask Present why he shouldn’t lose his party membership. The party made it clear it is against all criminal activity.

In a tweet on Wednesday, however, Shivambu said it was evident from the onset that the governing party was behind the spate of heists in the country. He pointed to long-running allegations that ANC used to receive money from armed robbers to fund itself during the struggle.

“How do you explain that there have been so many cash in transit heists and the arrest is only made by JMPD, and not SAPS? They are thieving for 2019 Elections,” Shivambu tweeted.

It has been clear from the beginning that the political party is doing what they specialized in during exile years. How do you explain that there have been so many cash in transit heists and the arrest is only made by JMPD, and not SAPS? They are thieving for 2019 Elections. https://t.co/4fKeP45ywi

The party’s spokesperson Mbuyiseni Ndlozi made the same allegation that the governing party is raising money through CIT heists for next year’s elections.

The minister says the police are making progress detecting those behind the heists, saying he is satisfied with the work done by the police.

It was further reported the mastermind behind the heists had been identified by the Hawks, with the Sunday Times reporting that he is named Wellington ‘Bibi’ Cenenda. Cenenda is linked to an estimated 23 heists in four provinces, namely Gauteng, North West, Limpopo and Mpumalanga.

The report stated the Hawks were on high alert, keeping an eye on the country’s borders as the pursuit for Cenenda continued.