The nickname 'Ramatsepe' is growing in popularity, with South Africans beginning to question the close ties between the president and his billionaire brother-in-law. 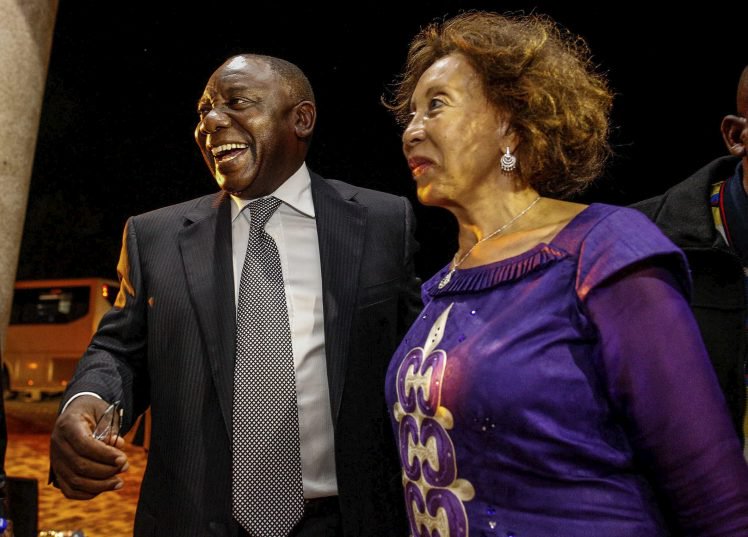 The Citizen reported on Saturday that questions had been asked regarding why Cyril Ramaphosa’s brother-in-law Patrice Motsepe, and Motsepe’s business delegation were spotted in photographs as part of the president’s entourage during his recent visit to Saudi Arabia and the United Arab Emirates.

The visit drew both praise and criticism following the announcement of a more than R130 billion investment into the energy sector in South Africa from Saudi Arabia, the world’s wealthiest oil-producing country.

One area of concern is Motsepe’s close proximity to power as Ramaphosa’s brother-in-law. The president is married to Motsepe’s sister Dr Tshepo Motsepe.

The inclusion of Motsepe in the delegation is also seen to be a possible conflict of interest since Motsepe is not the only big player in the renewable energy sector, and may be unfairly favoured through his sudden renewed proximity to power (in both senses of the word).

A growing number of people have picked up on this, with the nickname ‘Ramatsepe’ growing in popularity on social media as an equivalent to Jacob Zuma being dubbed ‘Zupta’ due to his close relationship with the Gupta family.

The Republic of Ramatsepe!!! We need to work on a new national anthem. #MandelaLecture

Be careful not to be recalled from whatever deployment. Ramatsepe might be offended with this. https://t.co/WwSmUrk008

The Citizen also reported on “The Ramaphosa-Radebe axis of power”, noting that aside from the link between the president and Motsepe, Ramaphosa is also closely linked to minister of energy, Jeff Radebe, who is both Motsepe’s and Ramaphosa’s brother-in-law.

The minister is married to Motsepe’s sister Bridgette Radebe.

Ramaphosa shifted Radebe to the energy portfolio in February as one of his first executive decisions after taking over from Jacob Zuma.

Radebe was quick to sign renewable energy contracts in April worth about R55 billion with IPPs in what was seen as the first major investment deal under Ramaphosa. The deals had formerly suffered a two-year delay under Zuma. They were for power purchase agreements for 27 mostly solar and wind projects.

Speaking on the success of the trip, Radebe was quoted as saying that “already we have signed a big deal on the renewable side of R12 billion with Redstone and ACWA in partnership with the Central Energy Fund for renewable in terms of solar and wind”.

Motsepe’s energy company, African Rainbow Energy & Power, also appeared to be well placed to benefit from the recent trip to the Middle East. Although known mainly for its oil and gas industries, Saudi Arabia has a well-funded energy company focused on solar and wind power generation, ACWA, which has a presence in at least 10 countries.

Some on social media consider the renewable energy projects taking place as evidence of possible corruption, with one user tweeting that they show “The Motsepe family looting this country”.