With an annual budget of R1.1 billion and revenue collection of more than R100 million, Tzaneen is the second-richest municipality in Limpopo. 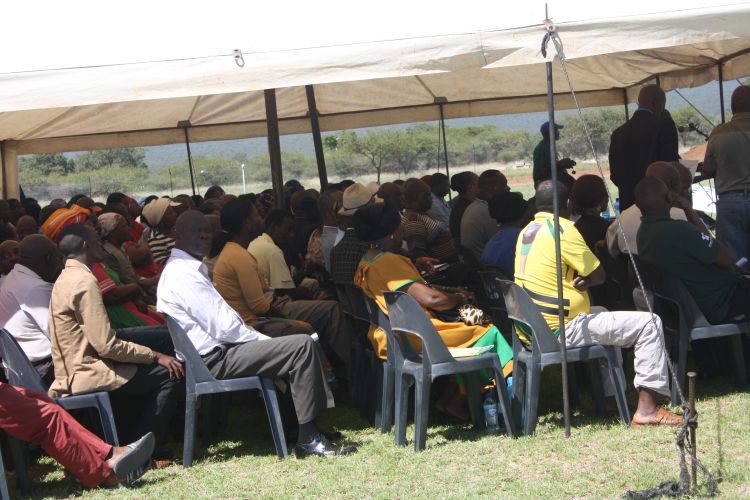 A public meeting in Tzaneen, Limpopo. Image is for illustrative purposes only. File picture: Thandy Ndlovu

The fight for the control of Limpopo’s second-richest municipality, the Greater Tzaneen Local Municipality, is intensifying, with political bigwigs and tycoons taking the fight to the ANC’s sub-regional elective conference next weekend.

With an annual budget of R1.1 billion and revenue collection of more than R100 million, Tzaneen is the richest municipality in Limpopo after Polokwane.

The town is also the economic hub and political capital of the Mopani region.

The ruling party will hold its elective conference from Friday at a lodge outside the town.

Limpopo entrepreneur and tycoon Fologela Martin Molewa, also known as “The Village Pope”, is enjoying the overwhelming support from the 35 branches to become the next deputy chairperson.

Speaking to The Citizen yesterday, Molewa confirmed he would stand for election, if nominated.

Ramothwala also confirmed he was standing. “I know the politics of the ANC inside out. Leadership is not about the glitz and glamour, but about changing the lives of the people for the better.”

A total of 34 branches and 68 delegates will attend the conference.