The ward councillor noted that despite R2m being allocated for the park, its development has been minimal. 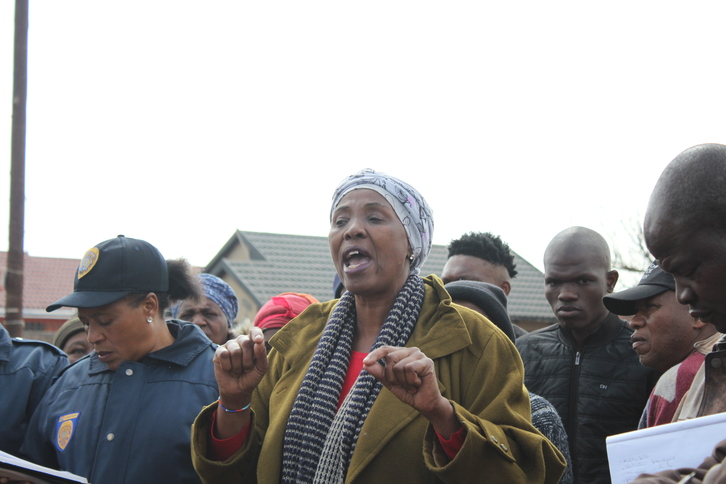 CPF member, Trudy Jabavu, encouraged residents to revive the neighbourly spirit and look out for each other.

Ward 14 councillor Makapane Mokwena hosted a public meeting last Sunday in Protea Glen Ext 4 in an effort to keep residents abreast of the developments in the ward.

One of the residents’ biggest concerns was the park in the area that has gone undeveloped for more than 20 years, Soweto Urban reports.

“We had a meeting with City Parks to discuss this park, they told us that R3 million had been allocated for it, and the [City of Johannesburg] took R1 million, which left R2 million. We were told that this R2 million would be implemented by June this year. When we had a meeting with them in June this year they told us there was no money,” Mokwena said.

Former City of Johannesburg  mayor Parks Tau has previously alleged that the CoJ is bankrupt. However, the Democratic Alliance (DA) has vehemently denied these claims.

“The comments are nothing more than the ANC’s attempt at reviving Parks Tau’s political career from the ashes,” said MMC for finance Rabelani Dagada in an interview with The Citizen. Ward 14 councillor, Makapane Mokwena, explained the developments in the ward.

Resident Palesa Mabunda felt the City needed to devise a strategy to ensure that the park is used in a fruitful manner once it is developed.

“Who is going to take care of the after service? How is the community going to benefit from the park? Because the park will be used by the youth to use drugs, we need to find a constructive way to use it that will benefit the community,” Mabunda said.

Another issue plaguing the community is the persistent issue of illegal dumping. Residents complained that other community members dumped their rubbish in open spaces near their homes despite Pikitup providing a weekly service to residents. Resident, Palesa Mabunda, asked the councillor to ensure that the park is put to good use.

Residents further requested that the councillor engage taxi associations operating in the area to move the taxi rank to the park, as it would become more accessible to residents in that location, and would alleviate the problems it brought at its current location, such as public drinking near the Universal Church of The Kingdom of God.

Mokwena also announced he had been engaging the department of sports and recreation in constructing a new sports ground in the area, which Pikitup has cleaned and made available for immediate use while the other structures are being built.

Councillor Mokwena was elected into office in March, following the passing of the previous Ward 14 councillor Jabu Khanyi.