The judge found that Rodrigues had been brought in to cover up the activist's murder, and lied under oath in both inquests. 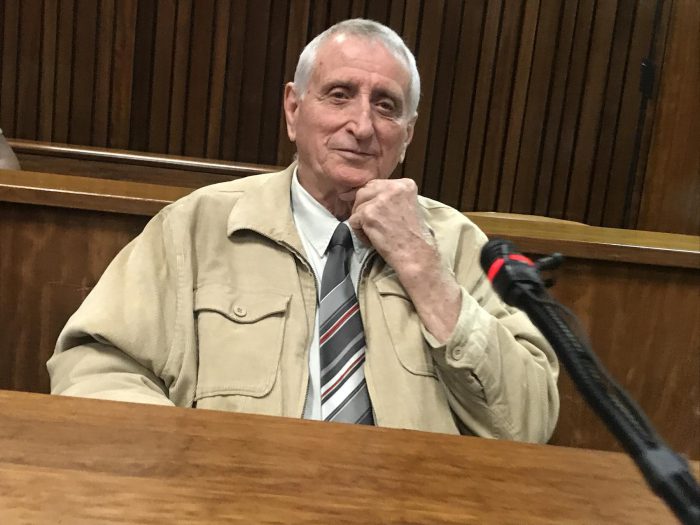 Joao Rodrigues, the elderly former security police pay clerk who allegedly helped cover up the murder of anti-apartheid activist Ahmed Timol 46 years ago, was granted R2 000 bail at the Johannesburg Magistrate’s Court on Monday in connection with charges of murder and defeating the ends of justice.

Rodrigues appeared on charges of murder and defeating the ends of justice. The State did not oppose bail.

The Justice and Accountability Network – a team of lawyers, investigators and activists who worked with the state to reopen the inquest into Timol’s death in 1971 – said in a statement a warrant had finally been issued for Rodrigues’ arrest.

Judge Billy Mothle in October last year ruled that Timol, a prominent SACP member, had not committed suicide on October 28, 1971 by jumping out of a tenth story window at John Vorster Square in Johannesburg as found by a 1972 inquest, but had instead been tortured and murdered by members of the Security Police.

He found that Timol had been pushed either from a tenth story window or from the roof of the building while being interrogated and tortured by security police captains Hans Gloy and Faan van Niekerk. Both men have since died.

Judge Mothle found that Rodrigues, 80, who testified in both inquests that he had seen Timol jump, had been brought in afterwards to cover up Timol’s murder and lied under oath in both inquests.

He recommended that Rodrigues should be investigated and prosecuted for his role in covering up the murder.

The inquest was reopened after a long battle led by Timol’s nephew Imtiaz Cajee, who was only five years old when his uncle was murdered.

Yasmin Sooka, the executive director of the Foundation for Human Rights (TRC), said it was important that Rodrigues’ arraignment be placed in the correct context.

“These were cases in which perpetrators of apartheid era crimes – and those who gave the orders – were refused amnesty or chose not to take advantage of the country’s generous amnesty provisions.

“The TRC was a foundational component of post-apartheid South Africa’s restorative justice process. By failing to conduct follow-through investigations the State effectively shut down the process, failing victims and their families.

“This is just the second of those 300 cases to be brought to court.

“In the first matter, that of the murder of Nokuthula Simelane in 1983, four serving and former policemen were arrested in 2016 – but the trial has since been delayed as the police tried, ultimately unsuccessfully, to avoid having to pay the costs of defending former members, arguing that that they were on a private frolic and not part of the former state’s death squads, ” Sooka said.