A scathing feature on the rise to power of the deputy president has called him an 'odd choice' by the ANC. 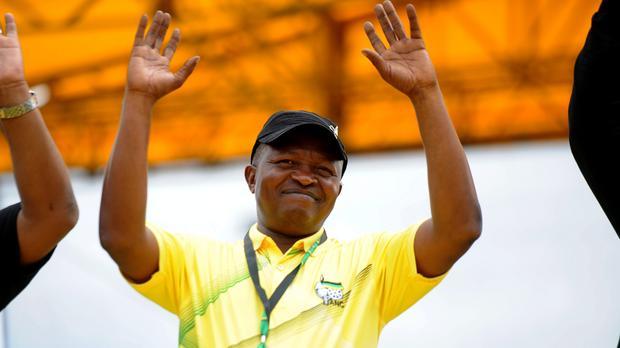 A feature run on Saturday in major US publication The New York Times (NYT) has been scathing of Deputy President David Mabuza, “a former math teacher” who has “become one of the most powerful figures in the African National Congress”.

They quoted senior ANC member Fish Mahlalela alleging Mabuza gained power not through political ability but “out of money and the manipulation. Nothing else.”

The article singled Mabuza out as undercutting South Africa’s “new dawn” more than any other person, but also criticised the ANC as a whole.

“Under the ANC, Mr Mandela’s once heralded liberation movement, tens of billions of dollars meant to lift poor black South Africans have been stolen by party leaders.

“But the nation’s poor schools are perhaps the ANC’s greatest betrayal of the dreams of black South Africans – some of whom have turned to burning down schools in protest.

“Mr Mabuza, who declined to be interviewed, built his political career on the schools.”

The article threw light on allegations that Mabuza’s early control over education offered him access to funds he could use to gain power, influence and personal wealth.

Despite billions spent on schooling, South Africa’s education outcomes have remained appalling, with most children in other African countries – almost all of them less wealthy – greatly outperforming South Africa’s pupils in literacy and mathematics.

Since Ramaphosa owes his election victory at Nasrec in December to Mabuza, analyst Ralph Mathekga was quoted as saying that Mabuza now holds enormous power and remains only one step away from becoming president.

“We are being reluctant as a nation to face the reality of Mabuza,” he was quoted saying. “If Ramaphosa gets hit by a bus, Mabuza is going to be the president.”

In 1997, Mabuza was allegedly at the heart of Mpumalanga’s “first big scandal of the democratic era” when the school pass rate inexplicably improved to 72%, but an investigation later showed it was only 53% – and the numbers had allegedly been doctored inside Mabuza’s home.

Mabuza never admitted wrongdoing and was never made to account for it after the investigation was not completed. He was simply dropped as the education MEC and became the housing MEC for Mpumalanga instead.

When he became premier in 2009, he concentrated decision-making powers for key provincial projects in his own office, allegedly to loot funds – though Mabuza himself said it was being done to speed up service delivery.

The article alleges that on Mabuza’s farm in Barberton “his power was on full display, current and former ANC officials said. He received contractors and took his cut before projects were awarded, they said. Those who refused to participate often faced exile.

“He always had money in his house,” added Collen Sedibe, a one-time Mabuza ally who has since joined the EFF.

Mabuza may, however, be facing a popularity crisis.

According to a report in the Mail & Guardian last month, Mabuza may not be nominated as a member of parliament by several ANC members in provinces that are angry at him for unexpectedly backing Ramaphosa on a “unity” slate at December’s Nasrec elective conference for the ANC.

He had been on Nkosazana Dlamini-Zuma’s slate as deputy president, but his unexpected decision to support Ramaphosa gave the new president the edge over Dlamini-Zuma.

Mabuza has maintained that he merely allowed Mpumalanga branches and delegates to support whomever they preferred, but the M&G also reported that Mpumalanaga has become “highly divided now” and has been struggling to hold a provincial general council.

Some provinces are reportedly also “not keen” to support Mabuza during the list process to select who would be sent to parliament.

A Dlamini-Zuma supporter claimed Mabuza had been something of an absent president due to all the anger he has engendered among some in the party.

The deputy president was understood not to be favoured by Ramaphosa’s slate to begin with, supposedly leaving him with few real friends in the ANC.

ANC insiders told the M&G he may even be willing to let a woman take over as national deputy president in 2019, following elections, according to his confidants – in a bid to make peace with the “NDZ camp”.