Farmer’s face bashed in during attack in Mpumalanga

Paramedics said he'd been brutally struck by someone with a pole. 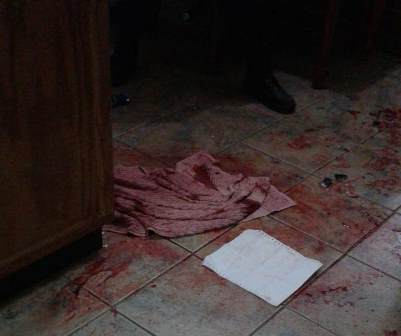 A 45-year-old man was brutally attacked with a pole on his smallholding on the Uitkyk Road, Mbombela, on Wednesday night, reports the Lowvelder.

Police are yet to establish the nature of the incident that occurred about a kilometre from the city.

Desmond Molenaar, 45, was taken to the Milpark Hospital last night for an emergency operation to his face. According to police spokesman Lt Col Erhard Stroh, the circumstances surrounding his attack are still being investigated.

According to Bossies Community Justice’s Albert Gryvenstein (BCJ), the wife of the victim came home to find her husband bleeding on their bed.

He said the children of the couple were possibly asleep in their rooms when the attack took place.

Gryvenstein confirmed that the man was taken to hospital in Nelspruit by Hi-Tech Medical Services.  Paramedics who treated the victim said he was still conscious.

“His whole side of his face has been damaged. You can clearly see the dented mark of the pole that struck his face. He lost a lot of blood and was maintaining his own airway.” This story will be updated when more information is available.