The head of the NPA is trying to overturn a high court ruling that ordered him out of office. 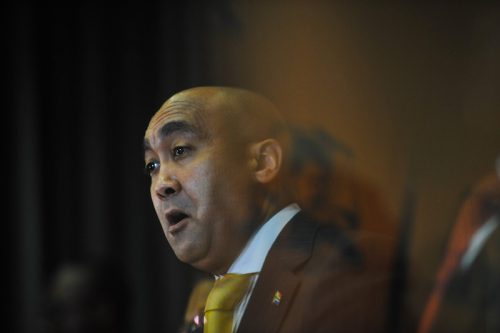 The Constitutional Court is expected to hand down its decision regarding the constitutional invalidity of former National Prosecuting Authority (NPA) boss Mxolisi Nxasana’s firing, and Shaun Abrahams’ subsequent appointment.

Both happened on then president Jacob Zuma’s watch, at a time when Nxasana had sent the investigation into Zuma’s Nkandla home to the Hawks for further investigation, following which then Hawks head lieutenant-general Anwa Dramat was suspended over the alleged illegal rendition of five Zimbabweans.

Nxasana also faced tribulations of his own, with accusations he had concealed a 1985 murder charge – for which he had been acquitted – when he’d applied for the NPA’s top job.

After Zuma announced he would be forming a commission to investigate Nxasana’s appointment, Nxasana negotiated a R17.3 million settlement for himself and left the way open for Abrahams to be appointed.

In December, Corruption Watch, Freedom Under Law, and the Council for the Advancement of the SA Constitution (Casac) challenged the legality of the termination of Nxasana’s appointment and the R17.3 million settlement in the High Court in Pretoria.

They sought – and received – an order setting aside the settlement agreement, the reinstatement of Nxasana as NDPP or, alternatively, a declaration that the office was vacant and an order directing the deputy president – then Cyril Ramaphosa – within 60 days to appoint a new NDPP on the basis that the then president, Zuma, was declared “unable” in terms of section 90(1) of the constitution to act because of his conflict of interest.

This initiated another court case where Zuma sought to overturn the high court’s finding which had, in essence, reduced him to a lame-duck president.

Of course, Ramaphosa then won the ANC’s elective conference and, once Zuma was subsequently removed from high office, Ramaphosa filed another affidavit saying the office of the president would abide by the ConCourt decision.

While all of this was going on, Casac applied for an injunction preventing Abrahams from making a decision on the corruption and racketeering charges against Zuma before the ConCourt confirmed whether Abrahams was to stay in his position.

This failed and Abrahams surprised everyone when he pronounced Zuma would face his charges anyway.

The Citizen understands the R17.3 million was the payout from the remainder of Nxasana’s contract with the NPA.

Corruption Watch, Freedom Under Law, and Casac are still demanding that the R17.3 million be returned to state coffers and Abrahams be sent packing, with Nxasana put back in the post – or a new boss for the NPA will need to be sought.