Municipal building goes up in flames in violent Witbank protests

All the offices inside the building were completely destroyed after the protest turned violent. 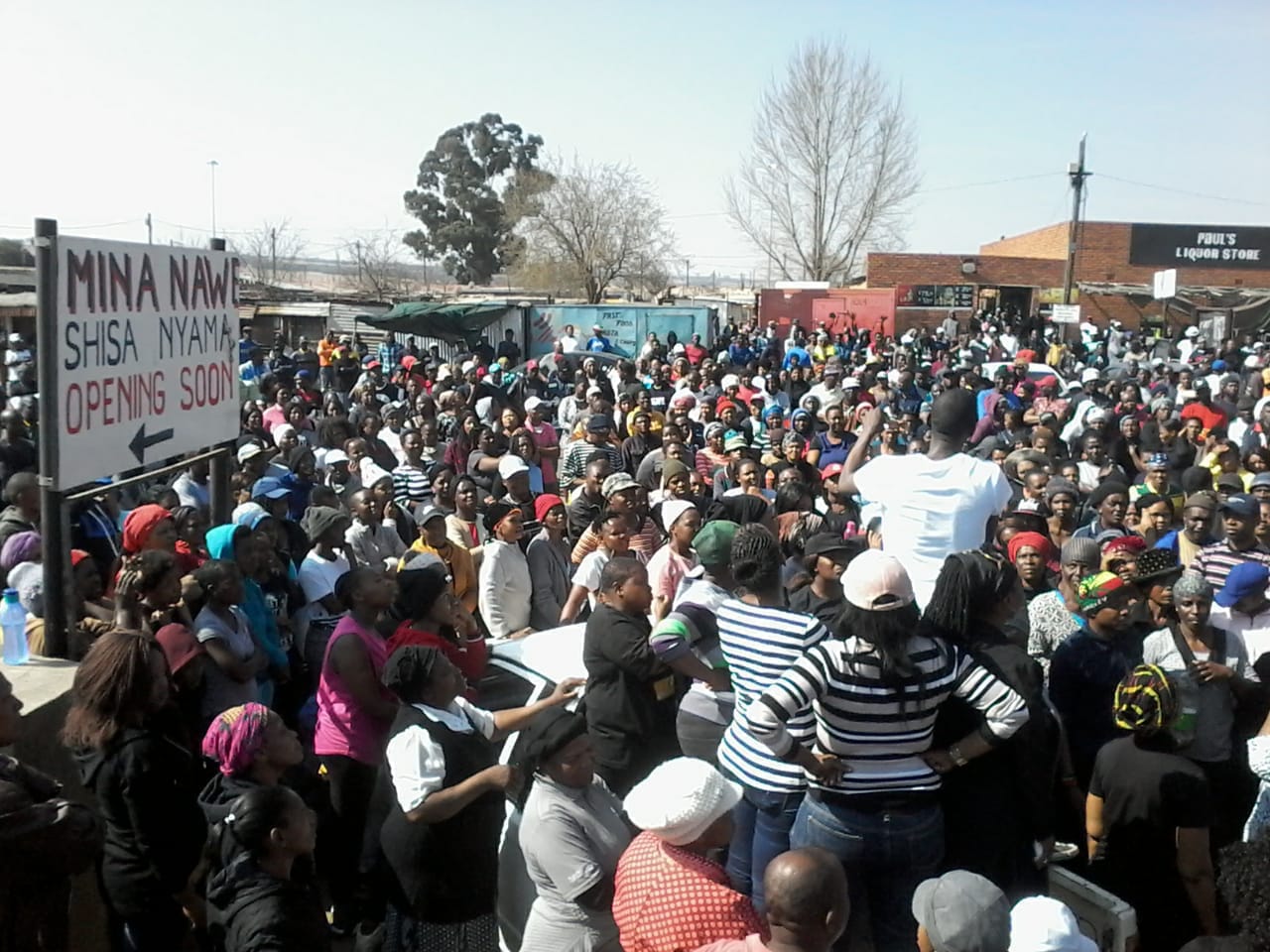 A crowd of 7 000 gathered to hand over an MoA to councillor Linah Malatjie. Image: Witbank News

The municipal building in Phola, in Mpumalanga, went up in flames after the protest turned violent, reports Witbank News.

On Monday, almost 7 000 residents from Phola took to the streets to deliver a memorandum of demands to Witbank mayor Linah Malatjie. Protesters were allegedly not able to meet the mayor, and the protest went from bad to worse. Late on Monday evening, the municipal building in Phola went up in flames. The entire building burned down, and all the offices inside were completely destroyed.

Two suspects have since been arrested for public violence, and they are to appear before in the Ogies magistrates’ court on Tuesday. The two were allegedly arrested before the building was set alight.

Protesters are gathering again on Tuesday on Vulindlela Street.