The driver of a Mercedes-Benz recently pulled a brave stunt after an attempted hijacking, almost running over the attackers. 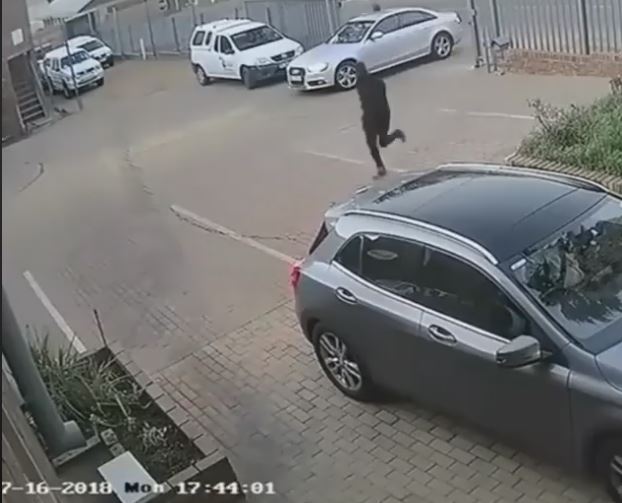 A screenshot of the CCTV footage. Image: Facebook/Autobumbum

A video emerged on a Facebook page called Autobumbum, which shows a driver of a Mercedes-Benz pulling into a parking lot, with an Audi lingering close behind. The hijacking suspects were in the Audi, waiting to pounce on their next victim.

They were surprised, however, when the Mercedes driver was having none of it.

Despite terrifying CCTV footage of two gun-yielding men rushing the Mercedes clad in balaclavas, the driver remained calm and reversed quickly before driving into the suspects’ Audi.

At one point, it seems the suspects were more concerned for the Audi they were travelling than the driver, who promptly escaped after nearly being run over by the assertive Mercedes driver.

Social media reactions to the video showed that most people thought it was a bold move, albeit dangerous, and that the driver should have run the suspects over. Others, however, reckon the stunt was dangerous and could have ended very differently.

It is unclear where the attempted hijacking took place, but it seems the driver emerged unscathed, and the suspects escaped after their car was severely dented.