Ramaphosa and his ‘hitman’ Gordhan accused of foul play – Report

Suspended and fired executives and their allies are ready to go to war over Ramaphosa and Gordhan's perceived abuse of power in "cleaning up" state owned enterprises. While some have hailed President Cyril Ramaphosa’s attempts to clean up state owned enterprises and take those responsible for state capture to task, he has been accused by some of those suspended and fired of not playing by the book, according to a report in City Press.

The president has been accused of using Pravin Gordhan as his “hitman”. They allege that the pair are fighting a political battle using state machinery and of a “selective drive” to remove his enemy.

A group of thus far anonymous detractors have circulated a letter accusing of using Transnet chair Popo Molefe as a proxy in a bid to get rid of the government rail company’s CEO Siyabonga Gama.

“We urge President Ramaphosa to rein in this super prime minister,” wrote the unidentified authors.

The anonymous group taking Ramaphosa and Gordhan to task say that certain leaders and former leaders of state entities are being targeted despite their leadership representing “black excellence.”

The idea that Ramaphosa and Gordhan are abusing their authority in a bid to “clean up” SOEs appears to put those who wrote the letter on the same page as EFF leader Julius Malema.

He has accused Gordhan of being the “real president of South Africa” and of using “Stalinist” measures to achieve his goals.

According to the red berets’ commander-in-chief, “Pravin Gordhan appoints people in positions and boards without following any necessary consultation even of the Cabinet, or any robust transparent process”.

“Instead we all just wake up with boards turned from acting into permanent, the same thing that we cried about when it was done by Zuptas,” he continued.

“The removal of people at Eskom and appointment of the new board and the CEO, Phakhamani Hadebe, was done in the same way. This was also the case with the appointment of a new board at Transnet and Denel. They were all arbitrary.

“To celebrate this as being decisive is not only misguided, but shortsighted, when unfair processes are reaching punishment and people are removed without due course,” Malema said. 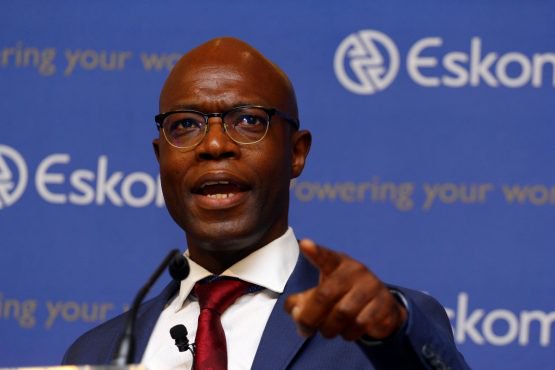 A plan to fight back

According to the City Press report, suspended and fired executives and their allies are ready to go to war with Ramaphosa and Gordhan and are coordinating a strategy to hit back at the pair by exposing alleged misconduct in the state capture probes.

Apart from circulating material “exposing” the misconduct, those who are fighting back intend to lobby support among sympathetic sections of the ANC and push back against Ramaphosa’s proposed remedial actions through as much litigation as possible. They also plan to challenge Ramaphosa’s leadership at the ANC’s next national general council.

Koko, for his part, took to the Daily Maverick to accuse Ramaphosa of presiding over a shift towards “McCarthyism”, referencing a period in American history where a witch-hunt to remove suspected communists took place.

He says there is “no doubt that some of us have been targeted”.

“I meant it when I talked about the McCarthyists in our midst. If there is a prima facie case against me, then, by all means, let the law take its course without prejudice,” he said.

“What is happening here is that some of us are put aside in the name of fighting corruption, and nothing else happens after that. In my case, it is about the renewable energy independent power producer programme and the end state of the electricity supply industry. The personalities that are involved know it,” he continued.

Gama, meanwhile, denies involvement in the anonymous document. City Press was unable to obtain comment from Molefe or Moyane.

We make no apology – Gordhan

Gordhan denies any misconduct and says the state is entirely justified in the “firm public stand against corruption” it is taken.

He accuses his detractors of “a clear but desperate campaign by many implicated individuals to cause public confusion, and to discredit a bona fide legal process through which they have to account for their respective roles in corrupting and destroying the capabilities of a number of state institutions”.

“We make no apology for doing what is in the best interests of the country, and we must openly challenge whoever wrote these documents and ‘dossiers’ to come out and put their names to this ‘fightback’ campaign and to disclose in whose interests they act,” Gordhan continued.

Ramaphosa and Gordhan have been defended by ANC members including national executive committee member Zizi Kodwa, who applauded the fight against corruption.

Spokesperson for the presidency Khusela Diko, meanwhile, said it’s “the norm that people facing allegations of wrongdoing will look for scapegoats”.

“Anyone who alleges misuse of state machinery by the president or anyone must raise those with our law enforcement agencies as no one is above the law,” she continued.