The standing committee on public accounts says taxpayers cannot be expected to pay that amount of money for a minister's braai area. 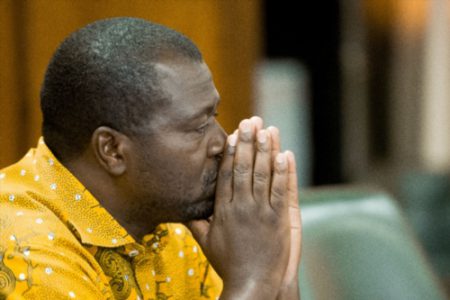 The Department of Public Works spent almost half a million rand on braai entertainment areas in ministerial houses.

This was revealed by the standing committee on public accounts (Scopa), which said it had been concerned by how much had been spent on braai entertainment areas in ministerial houses.

In a statement on Tuesday, Scopa chairperson Themba Godi said South Africans cannot be expected to pay that amount of money for a braai area for a minister.

“The committee is concerned about what seems to be a priority for government. Is it really necessary to spend that kind of money just for a braai area for a cabinet minister?” Godi said.

The chairperson further said the committee is also worried about how the houses allocated to ministers and deputy ministers are utilised.

“The state is spending exorbitant amounts of taxpayers’ money on buying and maintaining these houses when some of them are not even being utilised by ministers or deputy ministers,” Godi said.

The committee has learnt that the department owns 148 prestige houses that are allocated to ministers and deputy ministers.

The Department of Public Works has been requested to provide the committee with a report detailing how much each of these houses has cost the government in maintenance, rates and taxes for the past two financial years.

The committee has also asked for a detailed report on which of the houses have been declared heritage sites and on the cost of maintaining them.

Another concern for the committee was the lack of a cap for the purchasing of ministerial houses, this after the committee learned that the department spends as much as R9 million for some houses, while other ministers live in accommodation that cost about R4 million.

“What informs the purchasing for these houses? It is really concerning that the department has no manual for those kinds of purchases. Scopa’s contention is that it is inherent in this department to attract all sorts of characters who want to make a quick buck,” Godi said.