WATCH: Another video of robbers choking and robbing victim surfaces 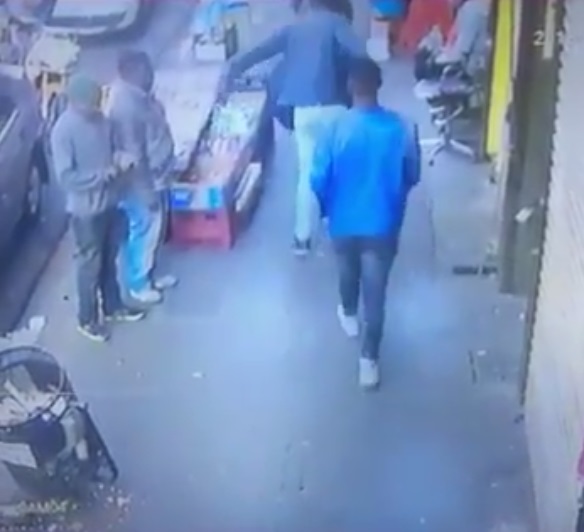 A second video showing a group of men robbing a victim in Johannesburg CBD has surfaced.

In the video the group of attackers follow the victim and pounce on him, chocking him.

The other accomplices then search and rob the victim while bystanders stand around watching the robbery.

The robbers then walk away from their victim who lies helpless on the pavement.

Johannesburg metro police have intensified patrols in the city CBD following the first video footage which surfaced around the first week of August.

The attackers in the recent video appear to use the same method of choking and robbing the victim as in a initial video The Citizen reported on August 7.

The brazen robbers target the man seconds into the video. The apparent attack happened in the Small Street centre near Commissioner Street in Johannesburg’s CBD.

The victim is seen evidently briefly passing out. The robbers take his valuables before he comes to again, looking dazed.