The City has also extended eHealth to include a smart queuing system, to ease the flow of patients at clinics and reduce waiting times for an improved experience at health facilities. This was made possible by a commitment from the City’s chief technology officer Cyril Baloyi, the input of the City’s nurses and management, and a public-private partnership with Altron.

Executive Mayor Herman Mashaba and MMC for Health and Social Development Dr Mpho Phalatse honoured their half-a-millionth registrant Nomhle Ntsizana on Tuesday by awarding her, as well as the clinic’s operations manager, Maria Matsane, a certificate.

In June 2016, the City started rolling out an electronic health record (EHR) system. Before the rollout of eHealth@Joburg, all records in the City of Johannesburg’s Health Department were paper-based. This presented duplication challenges, the City said.

Health practitioners had to make use of paper when capturing medical conditions and patient information. The 64 clinics, the City says, are connected by the Wide Area Network (Wan). In the case of a power failure, the system is connected to generators, a solar energy system, an uninterrupted power supply (UPS) system and electrical reticulation.

“The deployment of eHealth can be seen as a paradigm shift with the aim of providing patients with increased access and influence over their health situation by emphasising patient authorisation, transparency and empowerment. The eHealth system will ensure secure storage of patient information, immediate transfer of patient information and better, safer, faster access to healthcare,” Phalatse said.

She said the physicians and nurses can now easily access the patient’s diagnostic and drug information while eliminating duplicate or unnecessary calls to laboratories or other clinics.

The City has also extended eHealth to include a smart queuing system. “The queuing system will be used to stabilise patient flow in the clinics and allow for the transfer of patients from reception to consultation room using an anonymous numbering process. It includes queue monitors in the reception areas and access to booking appointments via a cellphone,” Phalatse said.

“The benefits include, but are not limited to, a reduction in patient waiting times and, most importantly, an improved experience for a patient in a health facility, resulting in the patient being treated with dignity.”

Mashaba also said he hopes other municipalities take note and try to implement their own electronic health systems. 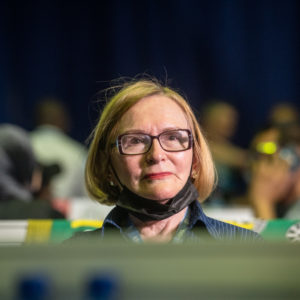