The Tshwane mayor was in Atteridgeville to find workable solutions to issues locals faced ahead of next years general elections. 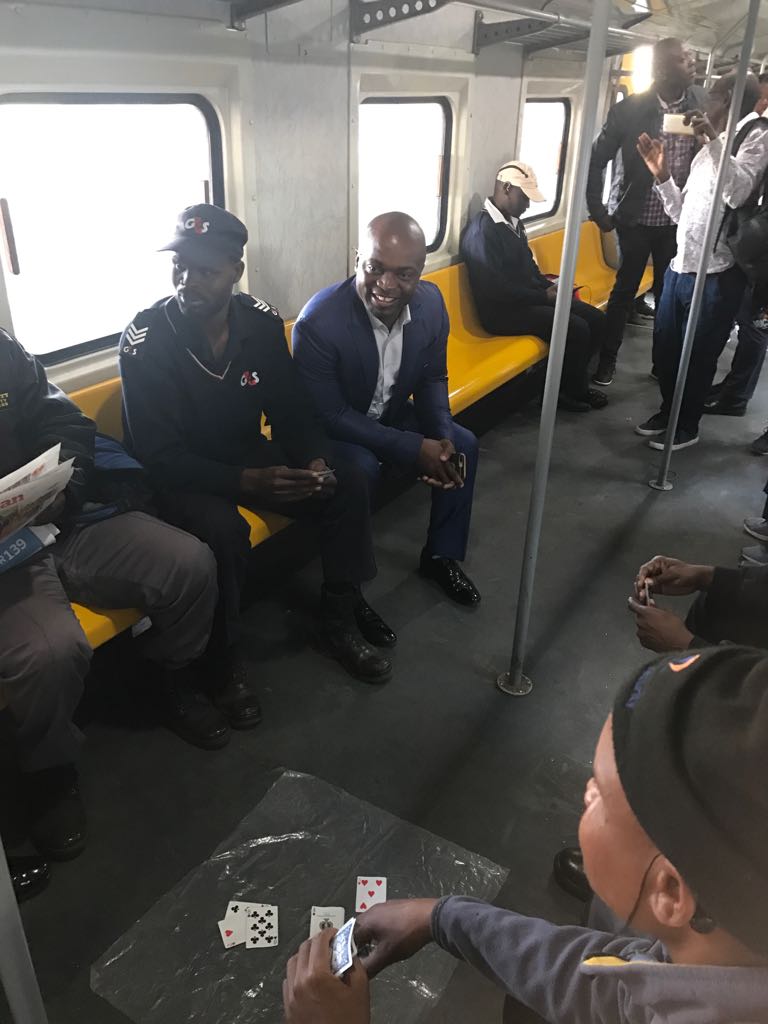 Tshwane mayor Solly Msimanga took a Metrorail train from Pretoria train station to Saulsville Metrorail train station in Atteridgeville on Monday as part of a listening tour in Tshwane to engage with Gauteng residence on issues they faced daily.  Msimanga is on the offensive after surviving two motions of no confidence votes from the ANC and EFF recently.

One commuter says they have been complaining about bad services and the quality of trains for years but nothing ever gets done.

The mayor said it was important to start the listening tour in Atteridgeville where he grew up.

Some of the grievances from commuters to the mayor were bad services, the quality of trains which they raised and nothing was done, including complaints on the state of housing.

“Corruption is stealing from our people and the DA is ready to change that,” said Msimanga.

While addressing the community, Msimanga mentioned he had grown up working at a local spaza shop pouring paraffin into bottles and packing chips for a living.

The ANC’s corruption is stealing from our people!

The DA is ready to change that. pic.twitter.com/91aHE0ETlI

He said the youth were tired of unemployment and he was there to listen to the challenges in order for the DA to bring change to the community.

On Thursday, the ANC and EFF’s proposed motion of no confidence against Msimanga was withdrawn.

The EFF’s motion of no confidence vote was dismissed on a technicality.

The ANC followed the EFF out of the council chambers following their own withdrawal of their motion against Msimanga.

The Tshwane mayor has made it clear that he was unfazed by the attempts to oust him and added that EFF’s choice to support the ANC was a clear demonstration that they supported corruption and wrongdoing.

I’m here to engage with the people. That’s the only way we can find workable solutions to the issues they are facing. pic.twitter.com/VZsIlYLva3