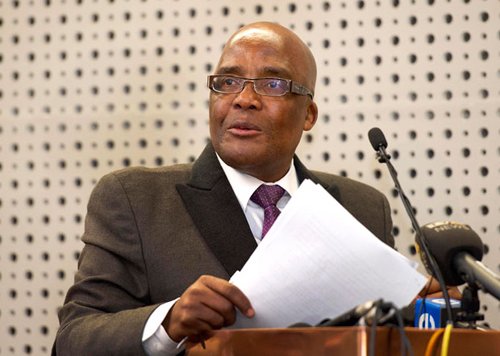 Health Minister Dr Aaron Motsoaledi has just announced that the listeriosis outbreak in South Africa is over.

The minister was briefing the media on the country’s efforts to combat the listeriosis outbreak at the National Health Laboratory in Johannesburg on Monday.

He said no new cases have been reported in the past three months.

The minister said it was now safe to eat meat products, and the department would continue to monitor the outbreak.

While the outbreak may be over, it didn’t mean it no longer exists said Motsoaledi, who added people must continue to take safety measures.

Providing the update, the minister also touched on fake and expired products in the second part of his briefing.

Over 180 cases were reported from the food born disease earlier in the year.

The source was discovered as two Enterprise foods facilities.

Motsoaledi says Kota is now safe to eat.
He warns that this does not mean some will not get sick as listeria can still be in some processed meats. #Listeriosis#Sabcnews pic.twitter.com/BT1hECZpgt

@HealthZA Minister explains the difficulty in determining the source of the #Listeriosis outbreak pic.twitter.com/lhyxDUVnK2