Muthambi was enemy of the state – Phumla Williams

Despite years of acting as GCIS director-general, Muthambi refused to appoint Williams permanently or pay her in line with her level. 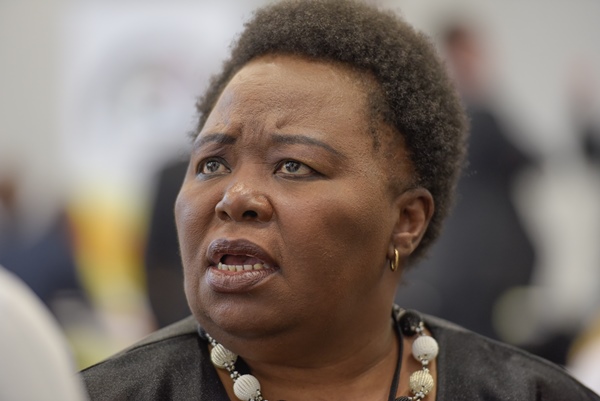 Faith Muthambi actively “worked against the state” and “wanted to steal public money at any cost” during her tenure as communications minister.

This affected governance and dysfunction set in at the Government Communication and Information System (GCIS), the Commission of Inquiry into State Capture heard yesterday.

Giving a chilling account of how strained relations were with Muthambi, an emotional acting director-general of GCIS, Phumla Williams, said she was stripped of most of her functions as corporate services deputy director-general, and that Muthambi “ripped open my old scars of torture”.

Williams said the emotional trauma of working under Muthambi was similar to the physical and psychological torture she suffered when arrested in Soweto in 1988 in the apartheid era.

“I was no longer sleeping. I had nightmares. My facial twitches were back. I had panic attacks. I saw torture going through my body again,” Williams testified yesterday.

Under cross-examination by the inquiry’s senior counsel, Kate Hofmeyr, Williams said despite years of acting as GCIS director-general, Muthambi refused to appoint her permanently or implement a recommendation by the Public Service Commission (PSA) to offer her renumeration in line with her level.

“I was not paid at level 16 for acting as director-general and the post was not filled,” said Williams.

In terms of PSA regulations governing the employment of civil servants, government is required to advertise a post within six months of it being vacated and fill it within a year.

With appeals to former president Jacob Zuma for intervention ignored, Muthambi took over the job of appointing and firing staff, leading to dysfunction and low staff morale at GCIS, said Williams.

When transferred to her old position of deputy director-general corporate services in August 2016, Williams found Liphoko had taken over most of her functions, including finance, on Muthambi’s orders.

“In terms of the Public Finance Management Act, a minister does not get involved in the running of a department. I found what was happening odd,” she testified.

With her conditions of employment changed without consultation and her job rendered redundant, Williams found “the bulk of my work removed”.

“I was only left with human resources and information technology,” she added.

Williams said her health was gravely affected from being at the mercy of Muthambi.

“I never thought something like this would happen in an ANC government.

“Having removed finance and procurement from me, Muthambi wanted to steal at all costs and I had to contend with those scars in my system.

“On August 31, 2016, I wrote to Liphoko asking for early retirement. But then I looked deep into my soul about whether I was doing the right thing and I reversed the application days later.”

Williams said she “did not want to sell my country and fail my children because of an enemy in government.

“I remembered where I came from. I was an ANC activist, tortured at the hands of an apartheid enemy because I refused to turn against my own comrades.

“I was now being tortured by people calling themselves ANC comrades.

“I realised that I was not dealing with a minister but an enemy who had no interest in serving South Africa.”