Peet Van Schalkwyk was delighted to have come across the sighting at Kwaggapan in the Kruger National Park. 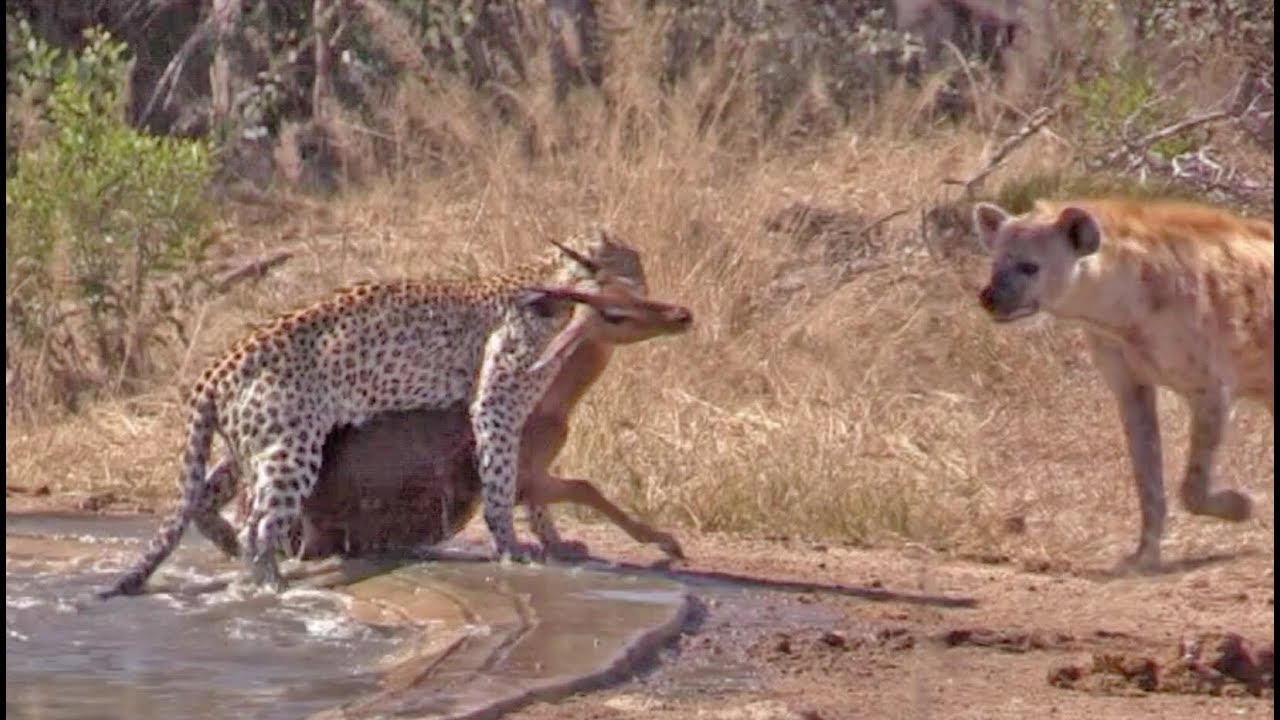 A screenshot of the video, courtesy of Kruger Sightings’ YouTube channel.

Peet Van Schalkwyk recently captured a rather rare sight, after a leopard captured an impala, but was scared away by a lurking hyena.

“We were watching elephants, zebras, giraffes and impala drinking water at the waterhole from about 11:00 to 13:00. Many vehicles would come and go during that time. We were about to leave when a lady told us that there is a leopard hiding in the bush and he was spooking the impala herds every now and then. He had however been unsuccessful the whole morning,” van Schalkwyk told Lowvelder.

“We decided to wait and at about 14:00 he finally caught an impala. A number of impala were in the shallow water of a cemented dam. The leopard chased and one impala slipped in the water,” he said as he explained the hunt.

Van Schalkwyk said the leopard grabbed the buck by the neck and began dragging it towards a tree. That was until a hyena saw the leopard’s potential kill and promptly chased the predator away.

He said the impala lived through it all and ran away amid the confusion.

“The hyena rescued the impala by accident! We were extremely excited and knew that we have witnessed something special.”

Van Schalkwyk managed to get the whole incident on tape.