The investigative journalist says much of the book doesn't make sense and may in fact contain several lies. Investigative journalist and author Jacques Pauw has poked numerous holes into Mark Minnie and Chris Steyn’s book The Lost Boys of Bird Island in a review on News24.

He pointed out that he had always been an opponent of late apartheid enforcer Magnus Malan, and had wanted the allegations of him being part of a paedophile ring in Port Elizabeth in the 1980s to be true – but there were allegedly too many factual problems and inconsistencies in the book for him to take it seriously.

He wrote, “Many readers – and non-readers – of The Lost Boys of Bird Island embrace the allegations that Malan and his cronies raped underage ‘coloured’ boys because they argue that an evil system like apartheid most probably spawned such unsavoury beasts,” and to challenge this put one at risk of being labelled an apartheid sympathiser.He rejected that the label could ever be applied to him, though, since he had personally exposed Malan’s “murderous military operations and wrote two books about apartheid’s death squads” and had always said Malan deserved to go to jail.

However, the allegation that boys had been flown to Bird Island in helicopters to be raped was, in the first place questionable because “there were simply too many eyes and it would have attracted too much attention”.

He also said, based on a report by forensic scientist Dr David Klatzow, that Minnie’s death was more than likely a suicide and not a hit, as sensationalist headlines have speculated. 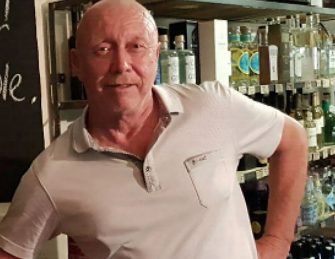 Pauw wrote: “I have serious problems with the integrity of especially Minnie. Judged on his account of his investigation, Minnie is no hero. He was a sloppy, negligent and careless policeman that botched his own investigation.” Pauw criticised Minnie for portraying himself as a fictional Benny Griessel-type (from Deon Meyer’s crime novels).

He accused him of having flouted numerous police rules in the way he’d allegedly taken testimony from an alleged young victim of Malan’s in the 1980s who was supposedly shot in the anus while being penetrated by a pistol.

He accused Minnie of having done nothing to protect the victim from further harm, as he would have been obligated to do as a policeman. Pauw also raised questions about how procedure seemed to have been flouted during and after a raid on the house of alleged paedophile ringleader John Allan [Pauw had meant to write Dave Allan, a mistake that was later acknowledged] on charges of illegal possession of pornography and statutory rape. Pauw said if an alleged bribe from Allan of R100,000 was made, that should have constituted another criminal offence, but it was inexplicably not added to the charge sheet.

For Minnie to have then released Allan with a written warning to appear in court the next day would also have been illegal, as Allan should have been detained overnight and taken to court to apply for bail.

“But Minnie’s blunders didn’t stop there. With Allan gone, Minnie bought a bottle of whisky and went drinking. Later that night, he received a call from a constable who said he had Allan with him at a police station.

“The accused had intimidated the mother of the Bird Island boys to have the charges withdrawn. She called the police and, when they arrived, they took Allan to the station. Minnie spoke to Allan on the phone and told him to leave it and go home.”

This would have amounted to obstruction of justice by interfering with a state witness and should only have made Allan’s case more serious, but the next morning, Allan was found dead with “a gun in his hand. It looked like suicide.”

“If Minnie had done his job, Allan might have been alive … Allan didn’t want to go down alone. He was prepared to mention names,” said Pauw, who added that a further allegation that the state prosecutor had ordered the investigation to be stopped immediately “was rubbish and illegal”.

“A prosecutor has never had the authority to stop a police investigation that was in progress. A prosecutor can refuse to prosecute once the investigation has been completed and he had received the docket, but he cannot close a ‘living’ docket.”

Pauw then asked if Minnie knew about this fact or was simply lying in the book.

He also questioned how Minnie could have been so lax as to allow his entire docket of evidence to disappear; he would also at least have still had his notes from his green pocketbook, but there was no mention of that. He said it also didn’t make sense that tape recordings of interviews with alleged victims had also disappeared, since they would have been locked in a safe.

When Minnie later stopped being a policeman, he supposedly gave away a “reconstituted docket” of the case and to Eastern Cape divisional commissioner Brigadier Ernie Schnetler, but apparently without making another copy.

Pauw added the allegation that a journalist friend of his had told him Minnie was trying to sell this docket to him for R20,000 in 1997; the friend was prepared to say so in an affidavit.

“Why did Minnie wait 30 years before publishing his allegations? As a result, there will be no justice for the boys because the alleged paedophiles – with exception of the elderly Barend du Plessis – are dead.

“The boys have disappeared while other important witnesses, like Ernie Schnetler, are also dead.”

He also slammed co-author Chris Steyn, whose assumptions about the workings of the Civil Co-operation Bureau (CCB) apartheid death squad did not ring true for him. He criticised her for not declaring in the book that she had married a former CCB commander, Lieutenant Colonel Eeben Barlow, a man who had admitted to killing enemies of the apartheid state.

Pauw also questioned why Steyn apparently continued to protect the identity of the surgeon who had treated the wounded child Minnie claimed he saw in hospital.

“The lost boys deserved better but there is virtually no detail of the events that took place.”

He said he remained hopeful that at least some of the allegations in the book might prove to be true because of the involvement of journalist Marianne Thamm in its publishing. She has defended the contents.

He also acknowledged that the Human Rights Commission was investigating the allegations “and one can only hope that they come up with something more substantial than what Steyn and Minnie dished us”.