Janusz Walus may get parole and a lighter punishment

Judge Selby Baqwa today in the High Court in Pretoria set aside the Justice Minister’s November 2017 decision to refuse Walus parole and referred the matter back to him for a fresh decision. 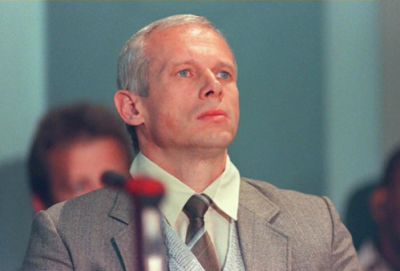 The department of home affairs’ decision to revoke the South African citizenship and deport the South African Communist Party (SACP) leader Chris Hani’s assassin Janusz Walus has been set aside and his parole bid referred back to Justice Michael Masutha.

Judge Selby Baqwa today in the Pretoria High Court set aside the justice minister’s November 2017 decision to refuse Walus parole and referred the matter back to him for a fresh decision.

Walus, Hani’s widow Limpho Hani, and the SACP were given a total of 60 days to comment on the parole board’s negative report which served before the minister when he made the 2017 decision.

In addition, Judge Baqwa granted an order setting aside a December 2016 decision to deport Walus as invalid and illegal as well as the warrant of detention and removal issued to Walus as invalid.

Walus wanted the court to set aside Masutha’s decision to refuse him parole yet again and to order his release, subject to his deportation to Poland.

The minister, SACP, and Mrs Hani opposed Walus’ fresh bid for parole, arguing that the minister’s doubts about the sincerity of Walus’ remorse was reasonable, as he still distanced himself from Hani’s murder by describing himself as a mere foot soldier and denying knowledge of any conspiracy to assassinate Hani. Members of the SACP made their stance clear that Chris Hani’s assassin Janusz Walus was an unrepentant killer who must rot in jail. Picture: Ilse de Lange.

The respondents maintained Walus clearly still harboured the same views about communism and had not been rehabilitated as he claimed.

Home Affairs Malusi Gigaba launched a counter-application for the court to set aside a decision by the director general (DG) of his department to deport Walus after the DG admitted that the notice was based on an erroneous understanding of the law.

The 64-year-old Polish immigrant has served almost 25 years of his life sentence for shooting Hani to death in the driveway of his Boksburg home in 1993.

Walus and former Conservative Party MP Clive Derby-Lewis, who supplied the murder weapon, were initially sentenced to death, but their sentences were in 2000 changed to life imprisonment. Derby-Lewis died of lung cancer in 2016, a year after being granted medical parole.

Members of the SACP, who were in court for the judgment, held up large red posters making their stance clear that Walus was an unrepentant killer and must rot in jail until his death.

Judge Baqwa said it was quite obvious from the evidence of the home affairs director general that the decision to deport Walus was taken without inviting the necessary representations from relevant parties and was therefore procedurally unfair and went against the rules of natural justice.

He found that the deportation was contrary to the rule of law and legality as well as failing the requirements of rationality postulated in the constitution.