Residents laud the role of traditional leaders, or induna, in working with local authorities and the police to curb criminal activity. 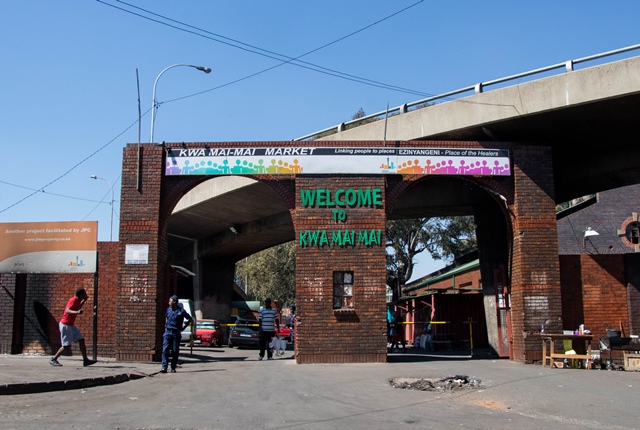 Kwa Mai Mai market in Jeppestown in Johannesburg offers a relative oasis from the violent dangers lurking in what was yesterday revealed to be Gauteng’s deadliest policing precinct.

Known as Johannesburg’s oldest traditional medicine market, the enclosed precinct consists of scores of shipping containers and rows of facebrick shops, which all serve as businesses by day and homes by night.

Like many communities in the area, the people of Kwa Mai Mai follow a system of traditional leadership similar to that of their rural origins.

People here were not surprised to learn their local police station was in the nation’s top 30 with the highest murder rates, with 125 cases reported in the 2017-18 year, according to Statistics SA.

Murders here increased by a staggering 42% from 2016 to 2017. More than 6 000 crimes in total were reported to this police station in the last year.

Residents lauded the role of traditional leaders, or induna, in working with local authorities and the police to curb criminal activity.

In this and many communities, police turn to the induna for help in finding and arresting dangerous criminals.

While this has not been enough to completely rid the area of gang-related and territorial violence, it is the only form of redress residents feel they can rely on.

A 43-year-old father of three, who did not want to be named for fear of angering the local induna, said while the place had its own crime problems, it was safer than three communities just beyond their walls where gunshots and violent scuffles are common.

An abandoned building across the road, according to the man, houses amaRussian (the Russians), a group of men who trade in scrap and recyclable goods and dabble in petty crime.

“Their drinking and drug habits lead to a lot of fighting and stabbings at night,” he said.

The resident said he rents a house in Soweto for his wife and children. “This is not where I want my children to grow up.”

While the precinct is protected by security guards, some criminals still find their way in, according to another resident. “Sometimes thugs come in to hide stolen cars from police until they feel it is safe to remove them.”

Jeppestown has gained notoriety over the past decade as a haven for violent gangs and their criminal proceeds. In June 2006, a stand-off between police and an armed gang claimed 12 lives, including four police officers.

This was after 20 robbers, who hit a supermarket in Honeydew, were chased down by flying squad police to a safe house in the district. It came to be known as the Jeppestown massacre.