Concourt rules ‘Hit the Boer’ singers shouldn’t have been fired

The court judgment overturned the decision by Duncanmec to dismiss nine employees ruling that the word 'Boer' is not in itself racist. 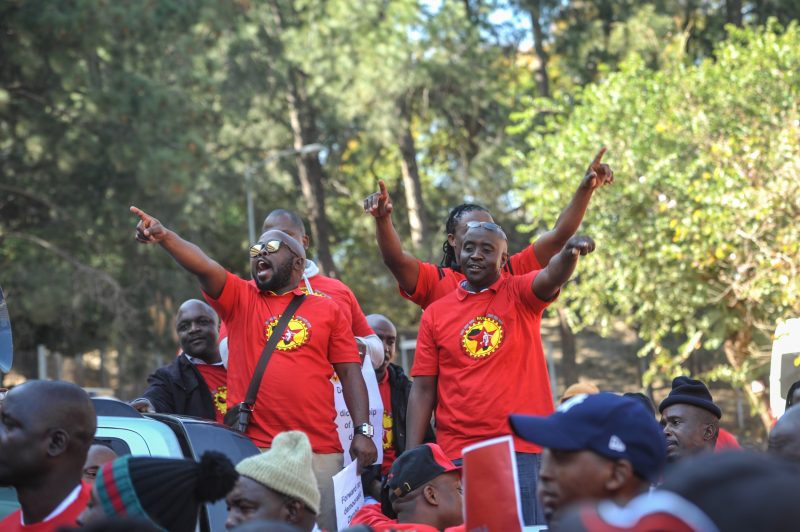 The Constitutional Court has ordered the reinstatement of nine Duncanmec workers after they were dismissed for singing struggle songs referring to “Boers” during a strike that was found to be reasonable.

Duncanmec took the matter to the Constitutional Court after the Commission for Conciliation, Mediation and Arbitration (CCMA) and the Labour Court ruled in favour of the dismissed workers.

The court on Thursday handed down judgment that overturned the decision by Duncanmec (Pty) Ltd to dismiss nine employees for singing a struggle song with racial lyrics.

In 2013 Duncanmec employees participated in an unprotected strike between April 30 and May 2 with some of the employees refusing to work. Nine employees were filmed dancing and singing a well-known struggle song with lyrics that translate to “climb on the rooftop and shout that my mother is rejoicing when we hit the Boers”.

The employees were found guilty of participating in an unlawful strike and singing a racially offensive song. They were given a final warning for the first offence and dismissed for the second.

Duncanmec considered the conduct of the nine employees to have been so severe that it had irreparably eroded the trust relationship between it as employer and the employees.

The arbitrator ordered the reinstatement of the dismissed workers because she found the employment relationship had not broken down irretrievably. The reasoning was that the employees had shown remorse and that while the song could be offensive and cause hurt, there was a need to differentiate between singing the song and referring to someone in racist language.

The labour court had concluded that the reinstatement of the nine employees was a decision that a reasonable arbitrator could have made.

The strike was not violent and was short-lived. The court held that Duncanmec had not indicated clearly that the song was prohibited in terms of a workplace rule and that the song was part of the history and struggle for workers’ rights. The singing of the song could not then be seen as misconduct in the true sense.

In a unanimous judgment, the Constitutional Court remarked that persistent instances of racism in the workplace were becoming worrisome and that the new constitutional order could hold people accountable for racist conduct; it could not by itself make people stop being racist.

The Constitutional Court dismissed an appeal by Duncanmec that levied several accusations against the arbitrator. In its application for leave to appeal was the contention that the arbitrator had applied her own sense of fairness in determining whether the dismissal was substantively unfair, accusing the arbitrator of going soft on racism.