The story behind the ‘racist’ attack of Machadodorp

A video that was circulated on social media, and travelled far and wide, sparked racial tension not only in the town but countrywide. Godfrey Masuku after the attack.

Role players in the events that preceded the outbreak of racial tension in the town of Machadodorp, Mpumalanga, this week say there is more to the alleged assault that sparked the outrage, reports the Lowvelder.

A video of an alleged racial attack has spread like wildfire on social media since the incident took place on Monday.

The video shows Godfrey Masuka being detained by Bruce Botha and Wayne Stuart from the Community Policing Forum (CPF). In the footage, Masuka is being dragged on to the back of a bakkie. It took place in front of Mpumelelo Ndlovu’s restaurant, where Masuka is an employee. 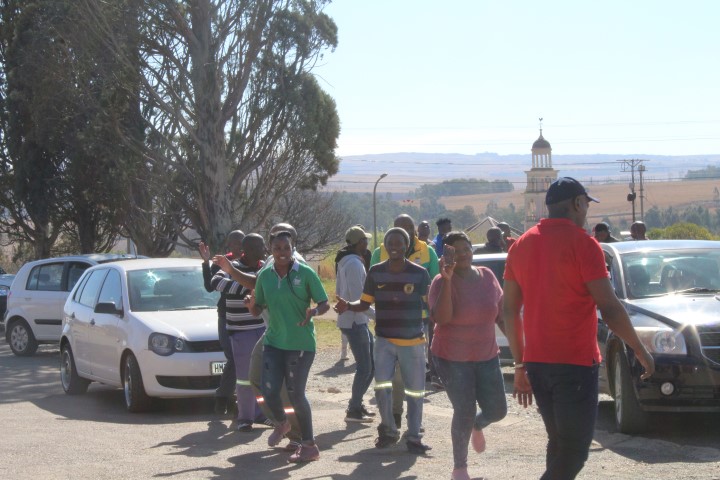 An assault case against Botha and Stuart was opened. They were arrested and were scheduled to appear in the Belfast Magistrate’s Court on Friday.

The community retaliated against the treatment of Masuka on Tuesday by looting and burning down a shop, blocking the road, as well as burning two trucks on the R36 towards Carolina. They threatened to burn down Machadodorp if “racism in this town” continues.

However, according to Ridwaan Ismail, the owner of the shop that was torched, Masuka is not the victim. He said he sold a house to Ndlovu and when she did not adhere to the rent agreement, he had her legally evicted from the premises.

“Since that day she has had her knife in for me and kept threatening me,” Ismail said. According to him, one of his employees, Johan Morris, was walking past Ndlovu’s restaurant on Monday when Ndlovu, Masuka and others started to verbally abuse him.

“The victim on the video then attacked Johan and he came to my shop for help. I pressed the panic button and the guy from the CPF phoned me. He said he would send some of his guys to the restaurant while I phoned the police,” Ismail said.

It was then that things turned sour. Ismail said when the police arrived they only saw Botha and Stuart attacking Masuka.

Yet, according to Ndlovu, Morris walked by “around lunchtime on Monday. We were just joking with him and he joked back with us.” She said Morris joked that he wanted to have lunch with them and, moments later, he and Masuka started fighting. 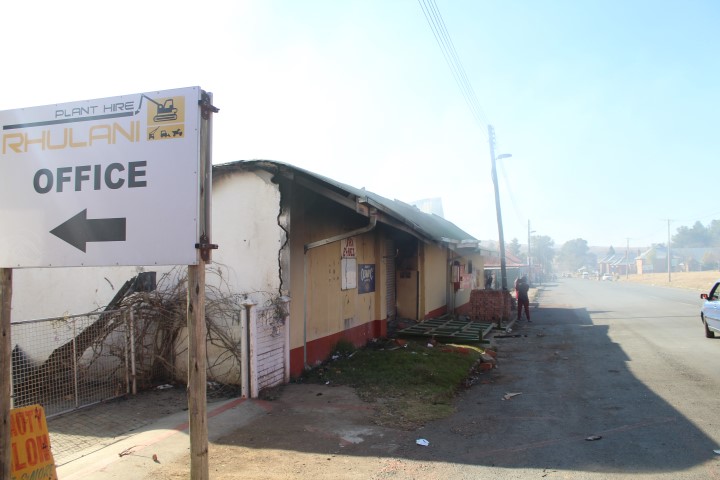 Ridwaan Ismail’s shop after the fire.

“He sprayed Godfrey with pepper spray and then ran off. He was still recovering when the two others came and attacked him.”

Ismail said this was untrue. He claimed that the community, under the leadership of Ndlovu, attacked him at his house, shouting racist comments and threatening him and his family.

“We had to leave Machadodorp,” a scared Ismail said over the phone.

He would not divulge where he had fled to. The fire still burning inside the shop.

Community safety, security and liaison MEC Pat Ngomane called for calm in a statement. Kevin Pillay, national chairman of CPFs countrywide, said during a meeting in Mbombela on Tuesday that neither Botha nor Stuart were active CPF members.

The Mpumalanga ANC said they were “shocked and disgusted that there appears to be a concerted effort by certain sections of society who seem hellbent on derailing and frustrating the national project of building a non-racial, non-sexist, united and prosperous nation”. 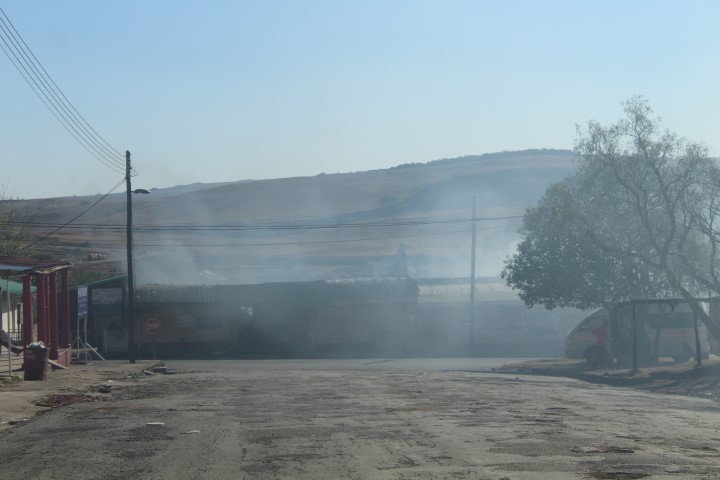 Police spokesman Col Mtsholi Bhembe said the police were trying to reason with the community and pleaded that the protests should stop.

“The duty of the police is to prevent, combat and investigate all incidents that take place and to protect the community and maintain public law. Whether the person is green or comes from wherever, it does not matter, we will apply the law,” Bhembe said. 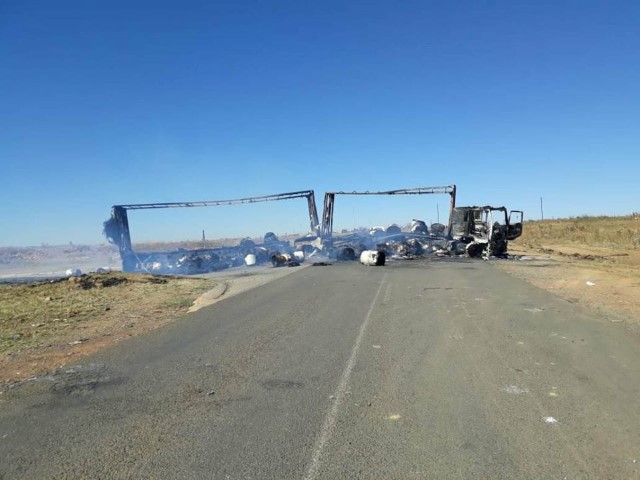 The truck that was burnt on Tuesday evening.