The ANC itself must account to Zondo, according to Maimane

The Democratic Alliance has called on ANC leaders countrywide to appear before the Commission of Inquiry into State Capture. 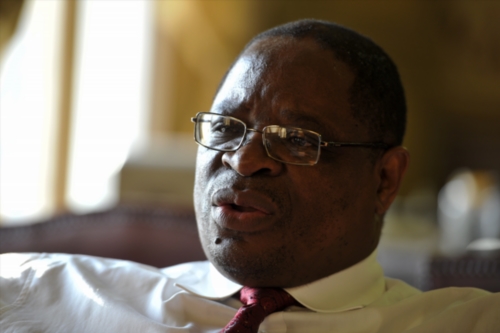 The Democratic Alliance (DA) has called on ANC leaders countrywide to appear before the Commission of Inquiry into State Capture.

Speaking during the announcement of the party’s Limpopo candidate, DA leader Mmusi Maimane said the ANC was responsible for countless thefts of money and state resources in the country.

“It is the ANC which stole from our people, from government departments, from municipalities and SOEs.

“The state capture commission is going to be reappointed again if no action is taken.

“It is clear that all those who stole from government must be sent to jail after appearing before the Zondo commission.”

Maimane said ANC’s people were deaf and not to be trusted. The only way to bury corruption was to vote for the DA to run government so that the commission would not have to be reappointed.

“Smalle will champion the DA’s charge for change and mission to unseat the incapable ANC government in the province.

“He will lead a team dedicated to eradicating corruption,” said Maimane.

“He will also call for a commission of inquiry into the VBS Mutual Bank investment scandal before the Limpopo municipalities lose another R1.1 billion to service delivery projects in the province.

“With 37.4% of Limpopo’s residents without a job or having given up hope of ever finding a job, Smalle will make it a priority to support emerging businesses.

“He will also equip SMME owners with the relevant business knowledge and skills,” added Maimane.