The party says they were not there to disrupt proceedings, despite the reputation they have for doing exactly that. 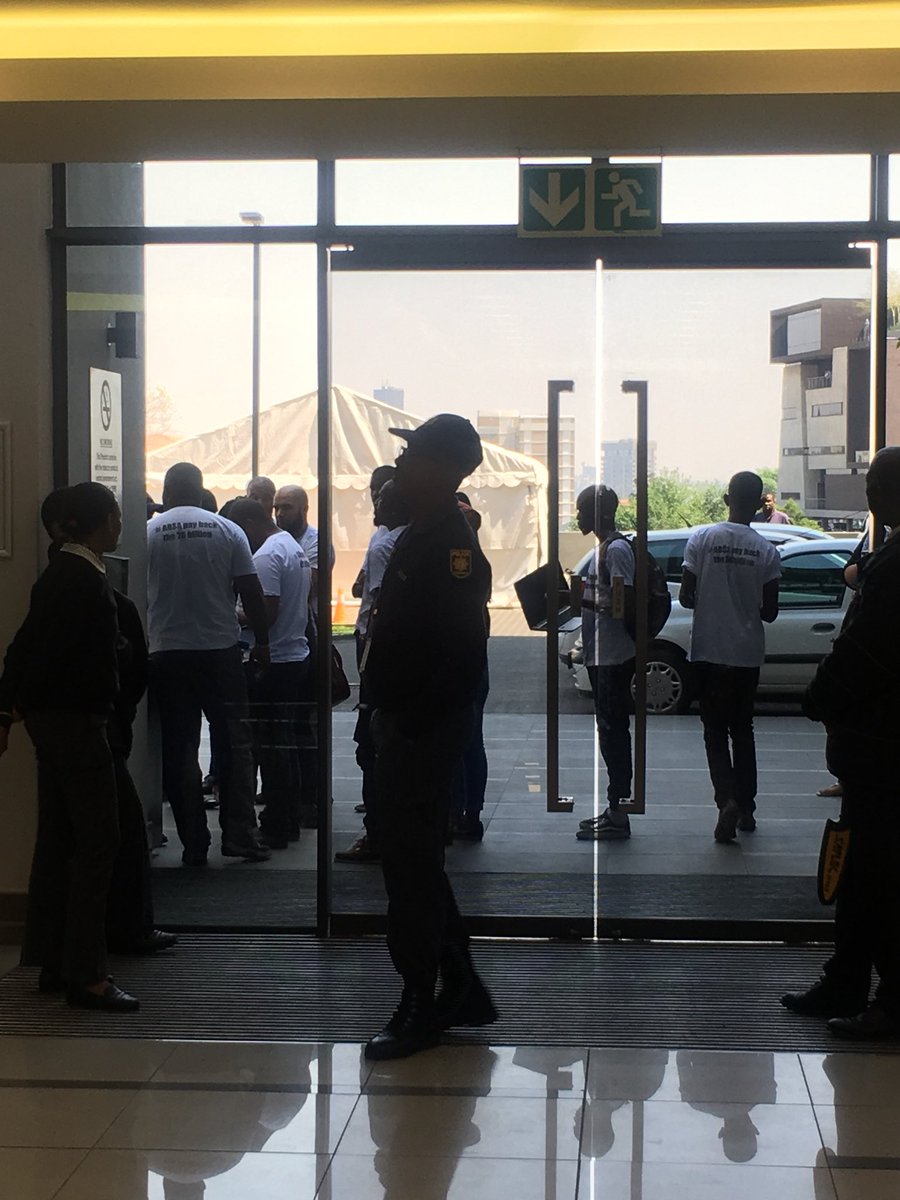 Black First Land First (BLF) members were demanding to be let in to the judicial commission of inquiry into state capture today.

The BLF were involved in a confrontation with police and security officials outside the venue.

The inquiry was busy with querying both FNB chief executive Johan Burger and Absa head of compliance Yasmin Masithela on their reasons for terminating links with the Gupta family in 2016.

The BLF, notorious for their pro Zuma and Gupta sympathies, demanded to be let in to be part of the proceedings.

However, BLF deputy president Zanele Lwana said they were not allowed in, allegedly because they were the BLF.

“Society has termed us in a different way that any space we enter we disrupt and therefore are not deserving of our constitutional rights to participate in the commission and hear the evidence just like any member of the public.

“We believe that this is politically motivated, particularly on how this commission has been used to narrow the evidence and research on a particular family which is the Gupta family and Zuma family.”

The BLF has long called for state capture investigations to be far broader, and to include the alleged capture of the state by what they call the interests of “white monopoly capital”.

Lwana said the BLF was aware that being vocal on white monopoly capital’s “crimes” and how it had captured the state long before the Guptas became prominent was probably the reason the party was not being allowed to enter the venue in Auckland Park.

She said the BLF had earlier reached an agreement with security and police to take off their BLF regalia to be allowed to enter, but were allegedly still prohibited from entry.

“We are not here to disrupt, we are members of society,” Lwana said.

A dozen BLF members were gathered outside the state capture inquiry building demanding to be let in for their testimony to be given about why the banks closed Gupta accounts.