Body of illegal miner fished out by fellow zama-zamas

His body was removed from the shaft and placed him alongside the road. 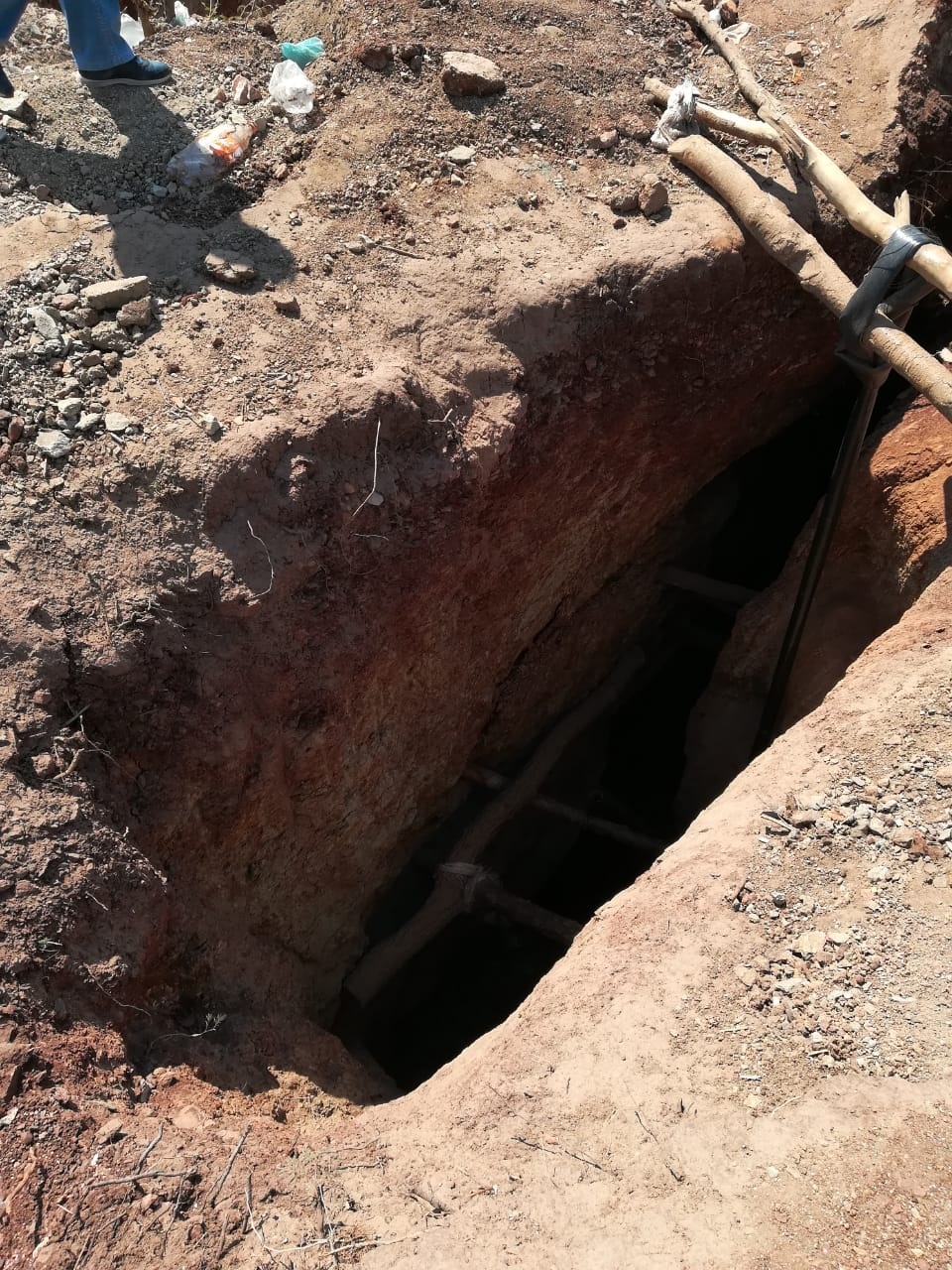 One of the illegal mines at Hlaniki. Photo: SAPS

An illegal miner was reported dead after he was hit by a falling rock while mining on Tuesday at Mapuve Village outside Giyani, reports Letaba Herald.

His accomplices managed to remove his body from the shaft and placed him on the side of the road.

Lieutenant Colonel Moatshe Ngeope explained: “It is alleged that the deceased was busy mining with others when a rock fell on his head, killing him instantly. His accomplices managed to remove his body from the shaft and placed him alongside the road towards Nhlaniki village.

“An investigation into why this was done is still unfolding.”

The identity of the deceased is still unknown and police investigations are ongoing.