Zuma says Rajesh Gupta did not fully enter the lounge nor did he participate in a conversation with any in it. 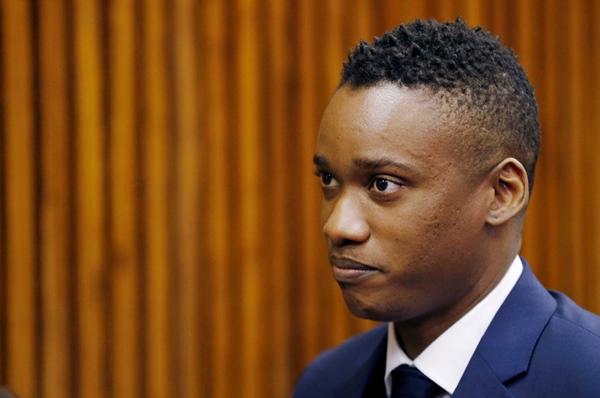 Former president Jacob Zuma’s son Duduzane confirmed Rajesh Gupta’s claim that the Gupta brother had neither spoken to former deputy finance minister Mcebisi Jonas nor introduced himself to individuals who were meeting at the Gupta home in 2015 and that Rajesh Gupta had only briefly entered the lounge where the meeting was held.

It was reported on Thursday that Rajesh Gupta denied speaking to Jonas though he admitted to being the Gupta brother present at the family’s Saxonwold compound when the former minister was allegedly offered a R600 million bribe and a ministerial position.

During his testimony at the inquiry, Jonas could not identify which of the Gupta brothers, Ajay or Rajesh, was allegedly at the meeting.

The Gupta brother said he had only spent a brief moment in the room where Jonas, the young Zuma, and businessman Fana Hlongwane had met at the Gupta Saxonwold compound.

Rajesh Gupta reportedly said he had briefly walked into the room to check if the young Zuma would be available for the next day, a claim confirmed by Duduzane Zuma in an affidavit admitted to the commission of inquiry into state capture.

In the affidavit, Zuma said regarding his role in the meeting: “I mostly played the role of a spectator, and more of a mediator.”

Jonas testified at the inquiry that the young Zuma and Hlongwana had arranged the meeting on October 23, 2015, and that the two had remained silent during the meeting in which the former deputy finance minister was allegedly offered a bribe and a ministerial position.

The former president’s son confirms in the affidavit that he, Hlongwane, and Jonas did go to the Gupta compound in Saxonwold but said the meeting was set up to clear up rumours abound at the time that Hlongwane had allegedly blackmailed Jonas.

Zuma added that during the discussions between Jonas and Hlongwane, the former minister also wanted to know from the young Zuma where the rumours “were spreading or coming from”.

“At some stage during this meeting, Mr Rajesh Gupta quickly peered into the lounge where the meeting was held and called me to him to confirm my availability for a meeting to be held the next day.

“He did not fully enter the lounge and/or participated in a conversation with and, or introduced himself to anybody at the meeting. He simply called me to him and I stood up and walked towards him, we confirmed my availability and the time for the meeting the next day, whereafter he left the lounge,” Zuma said in the affidavit.

Zuma said what he observed at the meeting is that Hlongwane and Jonas discussed the rumours and that although the matter was not fully resolved, “the ‘dust settled’ between them, so to speak, and they agreed that should any further issues arise, that they would arrange further follow-up meeting in that regard”.

Zuma said Atul Gupta was not present at the meeting nor was he at the Gupta home because he was overseas, as far as he can recall, and that Ajay Gupta was not at the residence at that time.

During the meeting, no discussions were held about removing the then finance minister Nhlanhla Nene so that he would be replaced by Jonas and that neither were there any bribes nor threats made to Jonas, Zuma said in the affidavit.

Jonas had testified at the commission that not only had offers been made to him, but a threat was also made by a Gupta brother who allegedly threatened to use information in the brother’s position to destroy the then deputy minister’s political career before later threatening his life if he disclosed that the meeting had taken place.