While one can make the argument you should only sell arms to 'good countries', the reality is people who need arms the most are not the good ones. 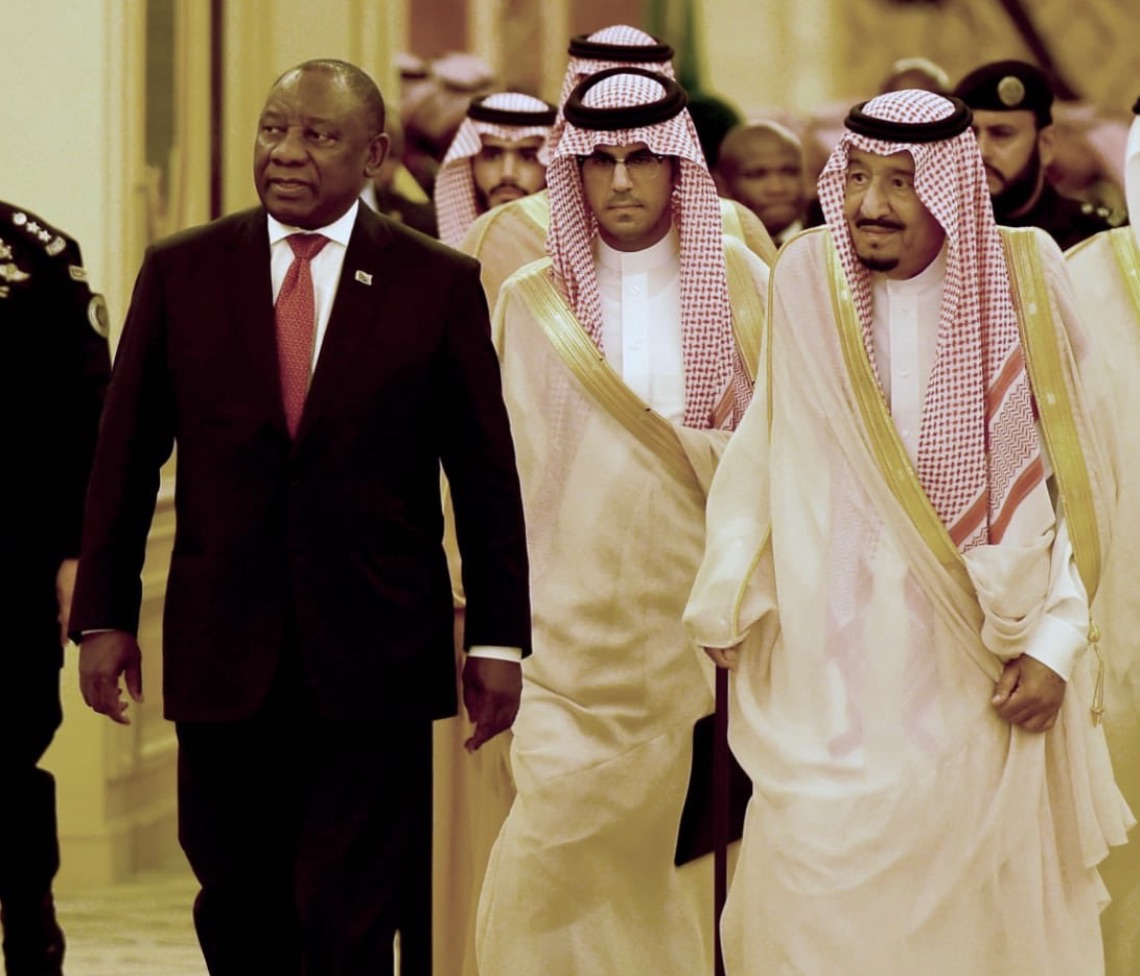 President Cyril Ramaphosa arriving at the Royal Court in Jeddah, for the Welcome Ceremony during his State Visit to the Kingdom of Saudi Arabia, 12 July 2018. Picture: GCIS

South Africa is heading for another moral and diplomatic dilemma if it heeds Saudi Arabia’s call to make and sell arms for the Middle Eastern superpower, experts warn.

But according to the Institute for Security Studies (ISS), while the monarchy is complicit in large-scale human rights violations in the region, South Africa’s options are scant because there is no “clean” market for arms.

This month, Saudi Arabian Military Industries (Sami) CEO Dr Andreas Schwer attended the 10th edition of the Africa Aerospace and Defence (AAD) exhibition in Pretoria, the first of its kind in Africa to be attended by the company.

Schwer announced the state entity’s intention to add South Africa to a number of international joint venture partners by the end of this year in an aggressive expansion bid by the company.

According to ISS CEO and geopolitics expert Jakkie Cilliers, such a deal could revive the country’s former glory as a formidable player in the international arms market.

“Saudi Arabia is one of the largest arms markets in the world. They are huge importers of arms.

“The biggest manufacturers of arms are the five permanent members of the Security Council, including the US, and they provide arms for a variety of European, African and Asian countries.

“While one can make the argument that you should only sell arms to good countries, the reality is that people who need arms the most are not the good ones.”

South Africa was once the 10th-largest arms producer in the world, Cilliers pointed out, and at the time the country had various specialties, such as artillery for armoured vehicles.

Local state arms maker Denel’s spokesperson Vuyelwa Qinga said the company would welcome any country that would look at South Africa for procurement of defence material, particularly countries that “we enjoy good diplomatic relations with, and we are allowed to sell to by our national conventional arms control committee”.

“I understand they, like Denel, are state-owned, so that suggests that the two countries would lead in such talks,” said Qinga.

Saudi Arabia, Cilliers pointed out, was considered the birthplace of Islamic terrorism.

“Remember, Osama Bin Laden was born in Saudi Arabia and much of the terrorism we see in the Middle East, which has spread across the world, was directly or indirectly funded by or originated in Saudi Arabia,” he said.