Kessie Nair back in court

The former Durban councillor is appearing in the Verulam Magistrates Court facing six counts of crimen injuria and two counts of incitement and instigation charges. 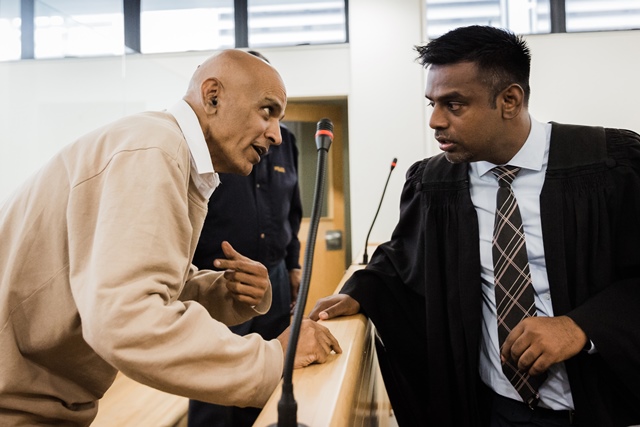 Kessie Nair, the man who called president Cyril Ramaphosa the k-word is back in court today.

Nair is appearing in the Verulam Magistrates Court facing six counts of crimen injuria and two counts of incitement and instigation charges.

He appeared in court last week where the matter was postponed as the prosecutor referred Nair for mental observation based on affidavits from his family.

The state is set to prove that Nair is of sound mind and understands court proceedings.

Nair has said he was of sound mind and that he did not agree with his family’s observation that he was mentally ill.

During an adjournment at the court, he apologised to the president and the country.

“I would like to this opportunity to publicly apologise to the state president Mr Cyril Ramaphosa and to the nation as a whole. I am not a racist. The remarks that I made on video which I posted – there would have been different alternatives that I could’ve utilised, but using the k-word obviously brought about the emotional aspect. I call upon the president and nation as a whole to find it within them to forgive me – there’s a bigger purpose and reason to where my frustration lies … the tactic to utilise the k-word on the president and draw the attention of the nation to the reality of it.

Nair’s brothers and the district surgeon submitted affidavits to the court about Nair’s “mental illness”.

He was arrested in Durban by the Hawks after a criminal case was lodged against him at the Bayview police station by former eThekwini councillor Brandon Pillay.