Nene was captured by the Guptas – EFF

The party alleges that Finance Minister Nhlanhla Nene worked closely with the Guptas and negotiated business dealings with them. 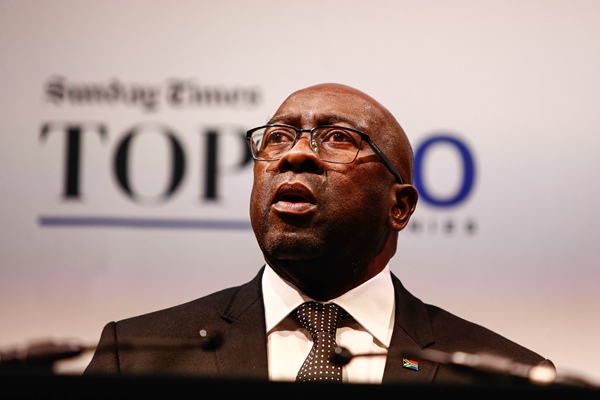 The Economic Freedom Fighters (EFF) have claimed that Finance Minister Nhlanhla Nene worked closely with the controversial Gupta family and negotiated a number of business dealings with them.

This comes as Nene is set to appear on Wednesday before the Judicial Commission of Inquiry into allegations of state capture, corruption and fraud in the public sector, including organs of state.

The EFF alleges that Nene had connections and worked closely with the Gupta family during his tenure as the deputy minister of finance and chairperson of the Public Investment Corporation (PIC).

The party said during this time, Nene “was captured by the Guptas and worked for them”.

“He negotiated business deals for them and bullied those who sought money from the PIC to submit to the demands of the Guptas.”

Nene will have to prove EFF leader Julius Malema wrong when he testifies for the first time at the commission.

Nene held meetings with the controversial Gupta brothers during his first term according to a Timeslive report.

The finance minister will outline details of his meetings when the Gupta brothers were demanding his intervention in the Public Investment Corporation deal with Sekunjalo Investment Holdings.

Nene was allegedly summoned by the businessmen to two meetings and will have to own up to the interactions on Wednesday.

Apparently, The Guptas repeatedly met with Nene, trying to convince him to pressure the PIC to include them on the deal when the Sekunjalo group won the bid to buy Independent Media from its Irish owners for R2billion. This deal did not originally include the brothers.

The minister did not act on the alleged pressure although it seems Malema was aware of the meetings.

The red berets said Nene had been appointed as minister of finance by former president Jacob Zuma, who is also closely linked to the Gupta family, because of the close working relationship that Nene had with the Guptas.

The EFF said: “When he was minister of finance, he stopped taking their calls and tried to work independent of the Guptas. That is the reason they approached [former deputy finance minister Mcebisi] Jonas and later Des Van Rooyen to be minister of finance because their appointee was no longer cooperative.”

Testifying before the commission, Jonas said on October 23 2015 that one of the Gupta brothers, in the presence of Zuma’s son, Duduzane, and businessman Fana Hlongwane at the Gupta home in Saxonwold, had offered him a R600 million bribe and Nene’s position of finance minister, whom Jonas was deputising at the time.

Jonas further testified that the removal in December 2015 of Nene as finance minister, whom Zuma replaced with Des van Rooyen, dealt a blow to South Africa and wiped out billions of rands worth of investments.

“When Nhlanhla Nene was removed, he played victim and proclaimed oblivion to the real reason he was fired,” the EFF said.

“South Africa went into an economic and financial turmoil because of his own doings and corroboration with the Guptas.”

The party said on May 22 this year it had written to Nene asking him about his relationship with the Gupta family.

The red berets claimed that although the parliamentary standing committee on finance had resolved Nene should respond to the letter, the finance minister refused to respond to the EFF question.

“This is against parliamentary rules and practice which obliges all members of the executive to truthfully and consistently respond to questions asked by members of parliament,” the EFF said.

The party said during the debate of the state of the nation address its leader Julius Malema had cautioned President Cyril Ramaphosa about Nene, telling him the finance minister “is not what the media presented him to be”.

According to the EFF, Malema informed Ramaphosa that the red berets had written a letter to Nene which the finance minister was meant to respond to honestly and his failing to meant the EFF would “expose” him.

“Even with such clear indication and guidance, Cyril Ramaphosa did not care to hold his minister accountable and kept him in office despite the many wrong things he did as deputy minister of finance,” the EFF said.

The party claim that Nene is not as “honest” and “respectable” as perceived by the public but rather is a “crook who would do anything to assume a leadership responsibility, even at the expense of principles”.

The red berets called for Nene to immediately step down as finance minister once he has concluded his testimony at the commission.

The EFF threatened to reveal many “dealings and dark secrets” that would compromise Nene if he does not voluntarily step down.

“The EFF does not make threats, we make promises and every information we have is correct about all the shenanigans and crooks of the ANC. Under no circumstances will we, as the EFF, defend scheming individuals who mislead the nation into national fury for things they have created themselves,” the party proclaimed.