The three accused each face two counts of murder and attempted murder. 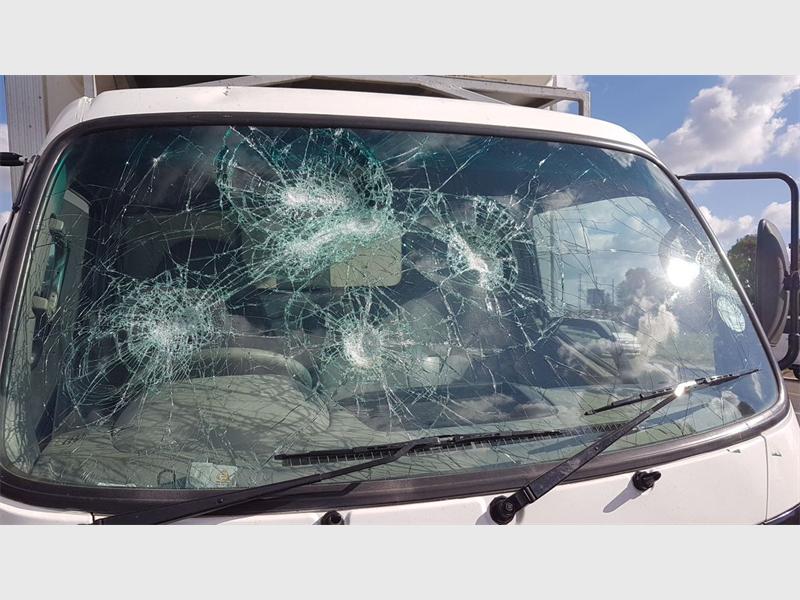 The shattered windscreen of the light-duty truck which was struck by a rock near Lanseria International Airport.

The three accused in the rock-throwing deaths of two children last year have been denied bail, reports North Coast Courier.

They stand accused of causing the deaths of 16-year-old Amina Haffajee and her seven-year-old brother, Abdur late last year when they allegedly threw a large rock from the bridge over the N2 highway near Crocodile Creek, striking the car. 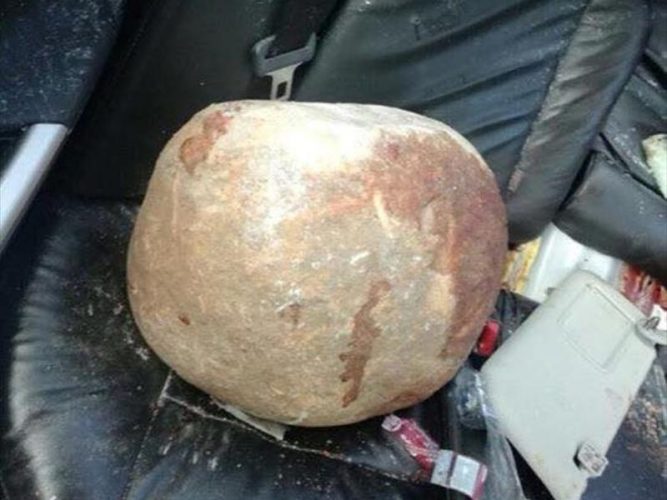 The rock that killed Amina Haffajee and her little brother, Abdur.

The three accused each face two counts of murder and attempted murder.

In court, magistrate Vera Alamchand ruled that they were flight risks after the home all three men live in had been seriously vandalised after their arrests.

Alamchand also took into account the vulnerability of the witnesses, who are underage and had been fearful to share what they had seen

Detective Ivan Padayachee of the Organised Crimes Unit tracked down the three accused and testified in court that there were five witnesses who had identified the Govenders and Gumbi. He said the accused knew the witnesses.

Defence attorney Rajendra Nathalal had argued during the bail hearing that the men would plead not guilty and they had no knowledge of the state witnesses. The case was postponed to November 9.

Padayachee had previously recounted how Selvan Govender allegedly counted down as he watched the target vehicle approach the bridge before Gumbi dropped the rock onto the Vereeniging holidaymakers’ car.

In their last appearance in court, the detective argued that if granted bail, the accused would interfere with state witnesses.

At the time, it was revealed that the witnesses were minors between the ages of nine and 16.

He also told the court that the case against them was so overwhelming that they might choose to flee in an attempt to evade their trial.