The minister says when he read the document in 2015, he was concerned that it would undermine the legitimate role and function of National Treasury. 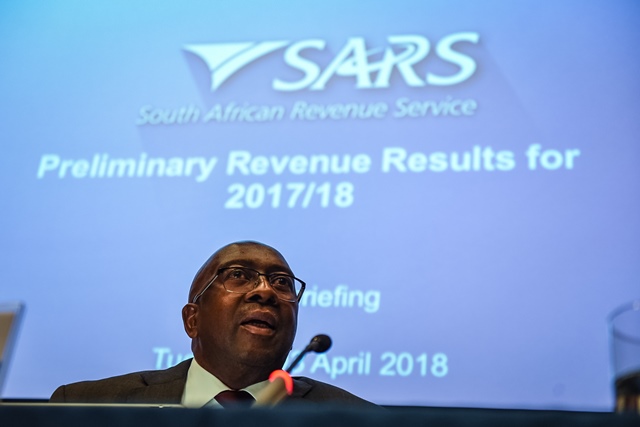 Finance Minister Nhlanhla Nene told the commission of inquiry into state capture about a document known as project spider web which he said sought to target and undermine the legitimate role of National Treasury.

The document levelled several allegations against Nene and other officials within the department, which Nene dismissed as baseless.

Nene said the document suggested that Treasury had been captured by apartheid-era intelligence operatives as well as white monopoly capital in order to control the country’s finances.

The minister said the document came to his attention in July 2015 and that, when he read it, he recalled a remark made by then president Jacob Zuma a month earlier in which Zuma claimed that there were apartheid spies operating within Treasury.

Nene testified that he had initially dismissed Zuma’s remark but would later come to the realisation that Treasury did not enjoy the support of the then president.

According to Nene, Zuma made the remark when he, Nene, was summoned to an impromptu meeting with the then president and a Malaysian official with links to a major petroleum company.

At the meeting, Zuma apparently explained that South Africa needed to own a refinery, adding that the company linked to the Malaysian official was willing to sell its refinery to PetroSA.

“Further and most importantly, he stated that PetroSA would need a guarantee so it would be able to raise the funds and, as minister of finance, I would have to approve the guarantee,” Nene said.

Nene indicated to Zuma that he was not aware of the transaction and that if the entity submitted an application to him as finance minister he would consider a guarantee.

“It was at that point that president Zuma in the presence of the Malaysian official … raised the issue of spies within the Treasury,” Nene said.

Nene added that the key objectives, among others, of the project spider web document were alleged to be to influence the design and implementation of the economic and fiscal policy; to influence the appointment of key leaders in the Reserve Bank, Treasury, department of trade and industry, and SOEs; and to manage the outcomes of these institutions and, through media campaigns, defend the position of the document and attack and prosecute those that criticised it.

The finance minister said the main allegation levelled against him in the document was that he was being handled by Absa (formerly Barclays) Group chief executive Maria Ramos who is codenamed the “Queen of Leaves” in the document.

Other allegations, among others, made in the document, Nene said, were that at a recent world economic forum which was held in Cape Town, Nene had assembled all the deputy director generals and chief directors at Treasury at a hotel in the city for a brief meeting. The outcomes were that Fuzile would not extend his contract at the end of August 2015 and that “his departure would be a catalyst for big changes inside Treasury” – a matter which did not unfold.

The document further alleges that Nene had stated that Treasury should play a key role in the management of SOEs. These officials should firmly manage SOEs which would thereafter expect a number of changes – the key change being the facilitation of the participation of the private sector in these entities.

Another allegation was that Nene had said the South African Airways board must be terminated by September 2015 and that Ramos was helping Nene identify new board members for the airway. Former Kulula CEO had been identified as a replacement for Nico Bezuidenhout.

The project spider web document, Nene said, also alleged that he had stated Treasury should support the appointment of Brian Molefe at Eskom and that the power utility would create the position of a chief operating officer to be filled by Matshela Koko.

Nene further testified that the document alleges that Treasury was close to selling the country’s stake in Vodacom and that Eskom would receive a cash inject.

“I strongly deny each and every one of these allegations as baseless and have no merit,” Nene said.

The minister added that it was not clear to him what the source of the “misinformation” in the document had been.

When reading the document, Nene said he was concerned that Treasury would be targeted to undermine its legitimate role and function and that for that reason, Treasury issued a statement condemning the document.