A website titled Thuma Mina calls for some members of the ANC to face consequences for their contribution into state capture. 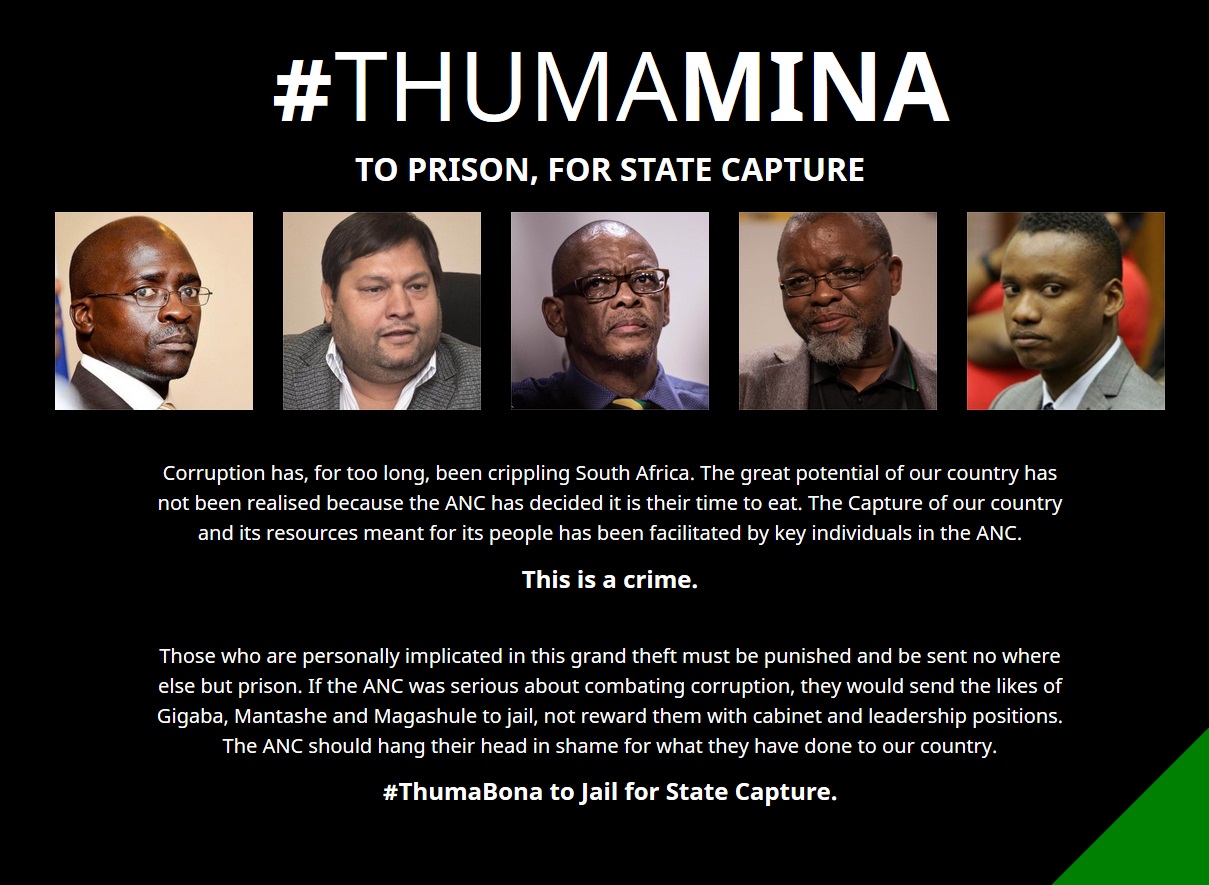 The domain which appears with ANC colours states: “Corruption has, for too long, been crippling South Africa. The great potential of our country has not been realised because the ANC has decided it is their time to eat. The capture of our country and its resources meant for its people has been facilitated by key individuals in the ANC. This is a crime.”

The site continues to say those who are personally implicated in this grand theft must be punished and be sent to nowhere else but prison.

“If the ANC was serious about combating corruption, they would send the likes of Gigaba, Mantashe, and Magashule to jail, not reward them with cabinet and leadership positions. The ANC should hang their head in shame for what they have done to our country. #ThumaBona to Jail for State Capture.”

It is still unclear who is behind the obvious hijack of the ANCs new slogan against corruption.

Ramaphosa launched the campaign earlier this year promising that the initiative would go beyond the 2019 elections.

The ANC embarked on a nationwide Thuma Mina rollout programme intended to reconnect the ANC with people through activities that are aimed at improving their lives.

The party was out and about in all provinces listening to and engaging with the people to resolve the challenges they were facing.

Ramaphosa urged professionals to join him in his Thuma Mina campaign to help build South Africa.

He coined Thuma Mina as part of what he called a new dawn in his first state of the nation address.

The website appears to have found a weakness in the ANC and capitalised on it, generating the faceless website instructing the ANC to hang their heads in shame for what they have done to the country. 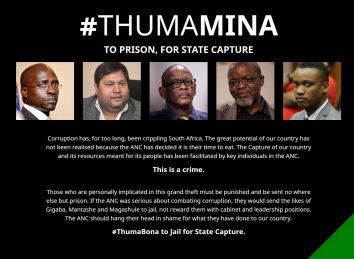 The website is programmed to link to other websites as advertising.

Below is a screenshot courtesy of My Broadband of the Thuma Mina advert. 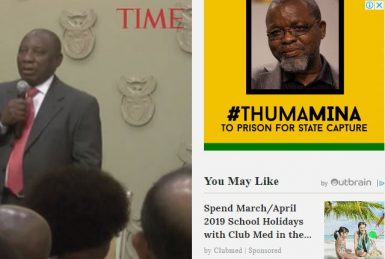