The party is accusing Phumzile Van Damme of launching a media tirade against the SABC. 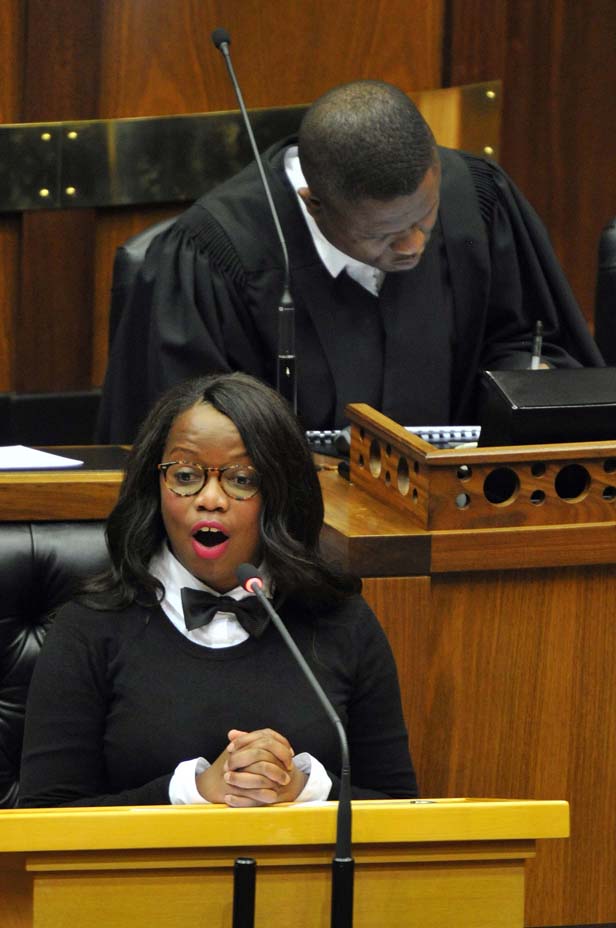 The ANC has described the Democratic Alliance’s attempt to have the SA Broadcasting Corporation’s top management’s salaries disclosed as frivolous.

The party is accusing the DA of undermining the work of the current board in attempting to restore stability at the broadcaster.

“This section also states that this must include particulars showing the remuneration and benefits received by each director or individual holding any prescribed office in the country.”

Defending the broadcaster, the ANC said the corporation has always adhered to the requirements.

“This is reflected in its 2017/18 annual report, which will be tabled in parliament on October 11.”

They accused DA MP Phumzile van Damme of launching a media tirade against the SABC.

“What is even more bizarre is the fact that she has written to the minister of communications requesting this information, knowing very well it will be contained in the 2018/19 annual report.”

They described Van Damme’s actions as an attention-seeking ploy as the SABC had stated they had significantly reduced the salaries of senior executives as part of their cost-cutting measures.

“The media frenzy the DA is attempting to create around this issue is intended to derail the good work of the SABC board in turning around this public entity.

The SABC has told the DA that it will have to wait for about a year before the public broadcaster’s top management’s salaries are revealed.

The DA submitted a Promotion of Access to Information Act (PAIA) application to the SABC on Friday requesting the full salary packages of the public broadcaster’s group CEO, COO and CFO.

“We trust that the public broadcaster’s management will reveal the requested information in the spirit of promotion of transparency, accountability and effective governance at the SABC.”

Van Damme said the DA had also submitted parliamentary questions to the minister of communications, Nomvula Mokonyane, requesting full details of the salary packages as well as the process regarding the process followed in their employment.