The DA leader was branded a 'mini Malema' for his attempts to implicate the president in state capture. 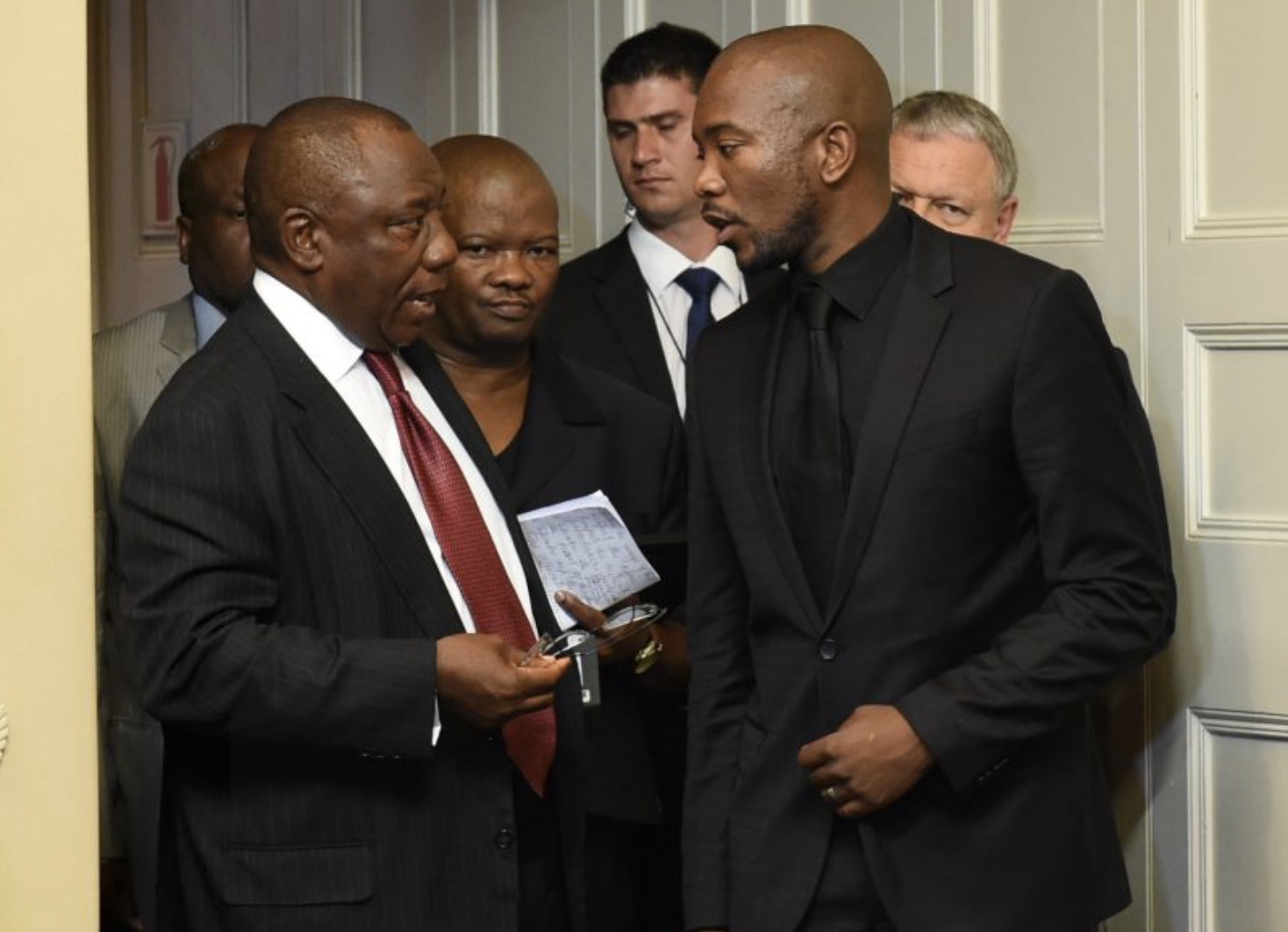 The leader of the opposition wants Ramaphosa to face the commission of inquiry into state capture chaired by Deputy Chief Justice Raymond Zondo.

According to Maimane, Ramaphosa should answer the following questions:

Maimane’s statement ends by quoting former ANC MP Makhosi Khoza who said: “If we were to prosecute all known corrupt cases‚ including those implicated in the Gupta e-mails‚ almost 80-90% of the ANC leadership at all levels of government would have to replace their shiny tailored suit and pretty dresses with orange overalls.”

Some took to Twitter to brand Maimane a “mini Malema” for his statement. The EFF leader has also repeatedly said he believed Ramaphosa’s hands were not entirely clean.

And nou, what's wrong with Bagaetsho ??
He now wants to be Mini Malema ??

While Ramaphosa’s alleged involvement in state capture is thus far unproven, the president has expressed a willingness to testify at the Zondo inquiry several times.

At a parliamentary question and answer session on September 11, he expressed his openness to testifying at the commission if called on to do so.

“The issue of state capture is one that has affected all in the country. Details have come as a shock and things that were not apparent are now being put forward.”

Then, replying to a question in parliament on Wednesday last week, Ramaphosa repeated his declaration that he would willingly testify.

The question was posed by Congress of the People leader Mosiuoa Lekota.

“The commission of inquiry into state capture is empowered to decide who should give evidence before it. If the commission asks me to appear before it, I will gladly oblige,” Ramaphosa answered.
He added that he would encourage anyone in cabinet or senior government who may have information relevant to the commission to come forward and make themselves available to give evidence.