Zondi's testimony alleged the girls who lived with Omotoso were mistreated, sleep-deprived and starved. 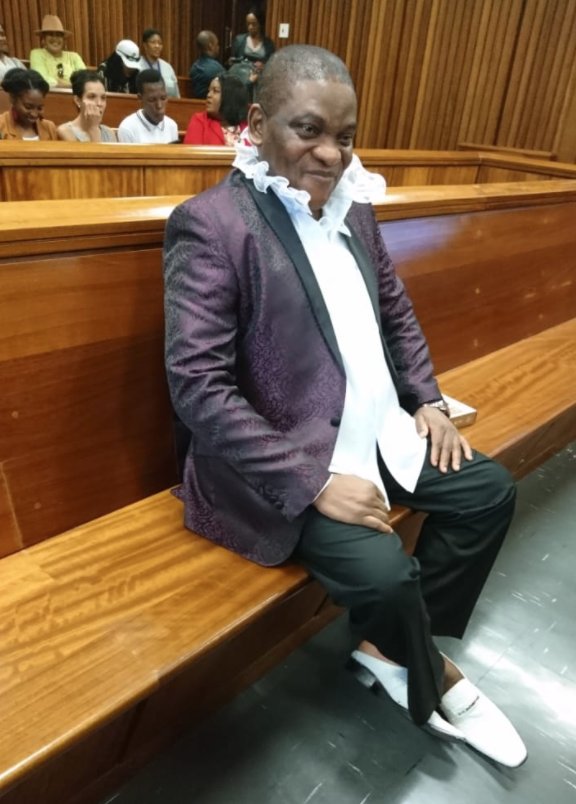 The case against televangelist pastor Timothy Omotoso has been postponed after the High Court in Port Elizabeth heard testimony from the first witness.

Omotoso’s trial on a series of charges began on Monday and was postponed to Monday, October 15.

Cheryl Zondi, 22, took the stand and gave damning testimony of her encounters with the pastor.

She detailed how she was sexually assaulted by the pastor when she was 14 years old.

The court heard details of inappropriate engagements between Pastor Omotoso and young women who are/were members of his church.

Among the rules at Omotoso’s house in Umhlanga Rocks, where more than 20 girls lived, were that the girls had to shower three to four times a day and were not allowed to sleep for more than five hours at a time.

Zondi told the court how Omotoso sexually assaulted her. He called her to his room and told her to get into his bed, she said. Instructing her to remove her doek as it “made her look old”, Omotoso then proceeded with the assault. Zondi was a virgin.

Zondi’s alleged sexual assault continued over weekends and at church gatherings across the country. Details of how the pastor ejaculated on her body and asked her to clean up emerged as Zondi testified.

She said the only time she would catch a break was when she was menstruating.

The pastor appeared flamboyantly dressed in a courtroom filled with his supporters.

On Tuesday, he refused to plead to the charges of sexual assault and racketeering. Judge Mandela Makaula entered a plea of not guilty on his behalf.

He is believed to have trafficked more than 30 girls and women from various branches of his church to a house in Umhlanga, KwaZulu-Natal, where he allegedly sexually exploited them.

Alleged accomplices Lusanda Solani, 36, of Durban, and Zukiswa Sitho, 28, of Port Elizabeth, allegedly recruited girls from all over the country and monitored their movements in the houses where they were being kept.

Omotoso was arrested by the Hawks at the Port Elizabeth airport on April 20 last year.