In the EFF's first public interview on the matter, the advocate and national chairperson downplayed the accusations. 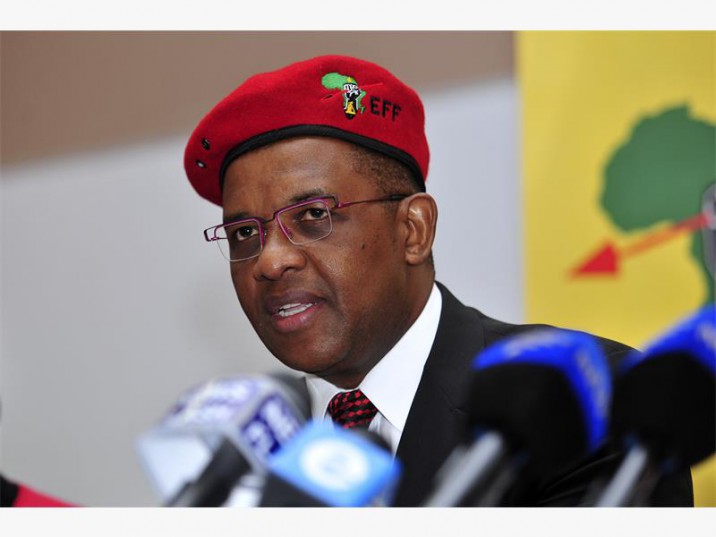 EFF national chairperson was interviewed on eNCA on Thursday, and appeared not to be overly concerned about damning allegations that emerged on Wednesday that the party had received R1.3 million from VBS Bank.

When asked if the party has discussed the allegations, Mpofu answered flippantly: “I received R20 from my sister yesterday and the EFF haven’t had a discussion about that yet.”

This marks the first direct response from one of the party’s top members on the scandal.

The interviewer attempted to get Mpofu to address the idea that the EFF, as a party who is known for being fervently against corruption, should act decisively when allegations of corruption are leveled against the party itself.

Mpofu went on to ask: “I’m against rape. And we have taken a stance in the EFF against rape, so if a brother of a member of the EFF is accused of rape what should we do?”

He did say: “If you want to take us to account its a simple thing. If you ask if we’re gonna investigate the allegations the answer is yes,” but he added that this would only occur if someone were to “come forward” with information.

“But we will not let the Daily Maverick or other elements of society waylay us,” he continued.

When the interviewer asked if she was correct in understanding that the Mpofu does not plan to cooperate regarding media queries into the scandal, he responded: “I’m not going to cooperate with anyone.”

He added: “We are not a spaza shop” before repeating his assertion that the party would “investigate” the allegations if someone were to “come forward”.

A report commissioned by Treasury called The Great Bank Heist was released on Wednesday. Looking into the alleged looting of VBS Bank and compiled by advocate Terry Motau and assisted by Werksmans Attorneys, the report implicated the EFF deputy president Floyd Shivambu’s brother Brian as one of the more than 50 people who “gratuitously” received money from VBS Bank.

Then, the Daily Maverick released an investigative report revealing that not only had Shivambu himself received as much as R10 million of the R16 million allegedly sent to Brian, but that the party’s bank account had received R1.3 million.

While the EFF did release a statement on the report, it did not contain comment on Brian Shivambu’s implication in the VBS saga. The party also has not addressed the more recent allegations in The Daily Maverick that the party and Shivambu himself received money.

In the statement, the red berets called for the law to take its course and that those responsible be held accountable.

“The EFF reiterates its position that all those who are responsible and illegally benefited from the fraud must be criminally prosecuted immediately. As we previously indicated, we also reiterate that they must be blacklisted. Above all, the law enforcement authorities must ensure that all the [money] that can be recovered is paid back in full, including attaching properties from the individuals who benefited,” the party said.