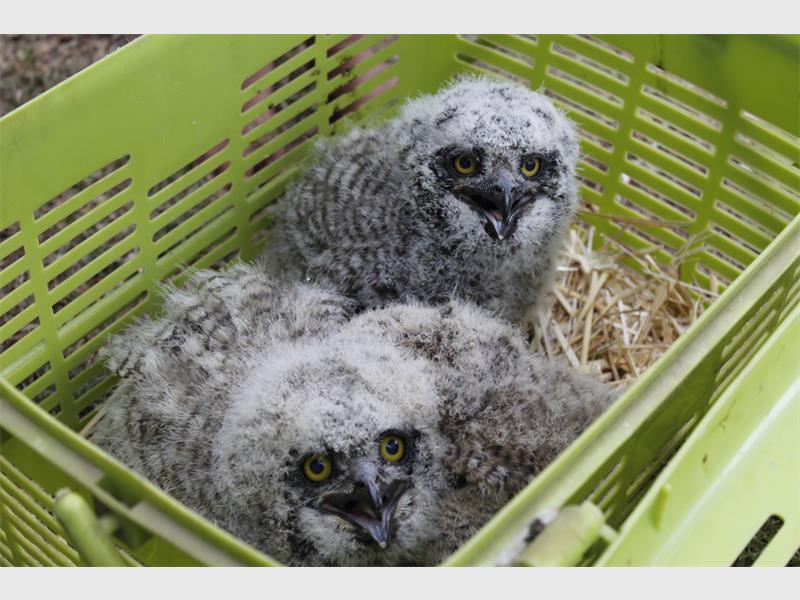 The team from EcoSolutions and Owlproject.org visited the home of newborn baby owlets to ring them with tags for identification at a later stage on Tuesday, reports Randburg Sun.

Sara Orchardson of EcoSolutions and Owlproject.org said: “During spotted eagle owl breeding season, we always put rings on as many owls as we can in order to gather scientific information and data to help with conservation efforts. We get fascinating information back from it, especially when studying their migratory habits.” 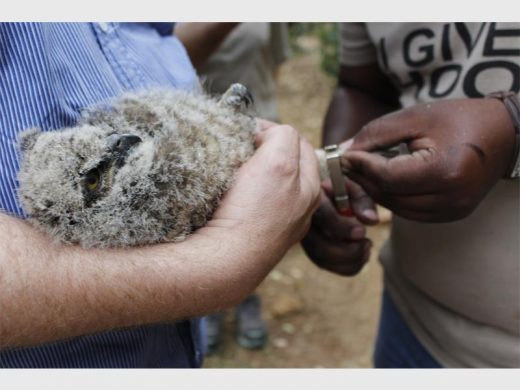 A tagging ring is placed on the leg of a baby owlet.

Three small baby owls were carefully taken down from their owl box to be tagged with rings. Father owl was not impressed and watched over the proceedings with caution. 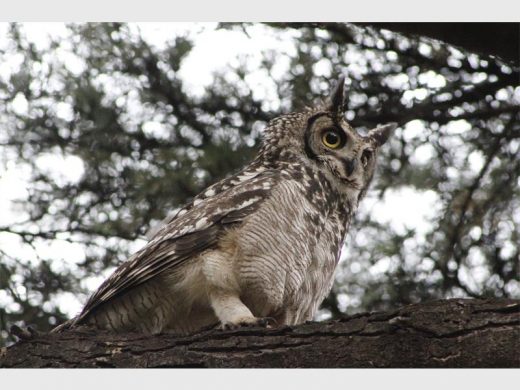 A male spotted eagle owl looks at the gentle tagging of his owlets with concern.

Once the tagging was completed, all three baby owls were returned to the care of their mother.

According to Orchardson, spotting an owl in your local suburb may not be as rare as you think.

“Spotted eagle owls and barn owls are very common in South Africa. As they are nocturnal creatures, they are not seen as much as other birds,” she said.

Some people install owl boxes as they have seen owls in the area and wish to care for them.

“The inside of the owl box is kitted out with gravel and other earthy materials so that the female owl can make a cup to lay her eggs. The boxes need to be serviced annually before breeding season.”

EcoSolutions started to provide alternative breeding sites for owls in the form of owl boxes.

Orchardson continued, “The spotted eagle owl if it could choose so, would prefer to nest on the ground. But in residential neighbourhoods, this is difficult for them due to dogs, lawnmowers, children, and so on. So what we try to do is replicate a ground situation at an elevated point, almost like a natural cavity in a tree.” Huwsein Moyo of EcoSolutions and Owlproject.org carefully removes an owlet from an owl box in Robin Hills. 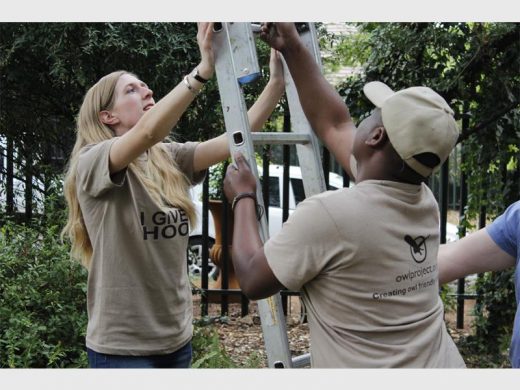 Sara Orchardson and Huwsein Moyo of EcoSolutions and Owlproject.org set up a tall ladder to access the owl box.

EcoSolutions runs an NPO programme called Owlproject.org, where they engage with local and township schools to help educate youngsters on owls and how they can better take care of the environment surrounding them.

Fake news: Desmond Tutu is not dead and he has beer plans with his son
5 hours ago
5 hours ago

Fake news: Desmond Tutu is not dead and he has beer plans with his son
5 hours ago
5 hours ago