Activists continue court fight to save Mabola from coal mining

A coalition of civil society organisations is fighting tooth and nail against new mines in the protected environment outside Wakkerstroom. 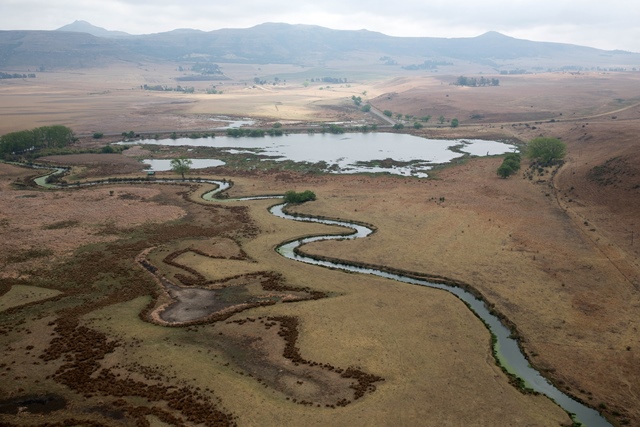 Mpumalanga’s Environment MEC Vusi Shongwe has published a notice of his intention to exclude the properties that make up the area of a proposed new coal mine in Mpumalanga from the Mabola Protected Environment.

The notice, which gave interested parties just 60 days to comment, was published on Friday, just days before a court application by a coalition of civil society organisations aimed at stopping Indian-owned mining company Atha-Africa Ventures from commencing with coal mining activities in the protected environment outside Wakkerstroom.

The coalition, represented by the Centre for Environmental Rights (CEM), wants the court to set aside the decisions of former Mineral Resources Minister Mosebenzi Zwane and the late Environment Minister Edna Molewa to permit Atha to mine for coal in the protected area and to refer the matter back for reconsideration.

They also want the final decision about the proposed mine to be placed on hold until after the outcome of various internal appeals and litigation pertaining to other authorizations, including environmental authorisation and the water use licence granted to Atha.

The State Attorney today filed an affidavit on behalf of the MEC, asking the High Court in Pretoria to postpone the application indefinitely but the coalition filed further papers opposing any delay.

CEM said in a statement Judge Dennis Davis was not happy about the postponement and wanted to know why the MEC had not filed an affidavit but instead relied on an affidavit from the State Attorney, acting for the state respondents, as the MEC could not be reached.

The Judge ruled that the application must stand down until Wednesday for the MEC to file an affidavit setting out his own version of events and explaining the late publication of the notice, given its impact on the application.

The coalition has meanwhile launched new legal proceedings in the Mbombela High Court to set aside the environmental authorisation granted to Atha for its proposed Yzermyn underground mine in the protected area and the MEC’s decision to dismiss the coalition’s appeal against that authorisation.

The coalition will also seek an interdict to prevent the start of any activities at the proposed mining site pending the outcome of their review application.