Among the victims include a driver who was decapitated after colliding with a truck. 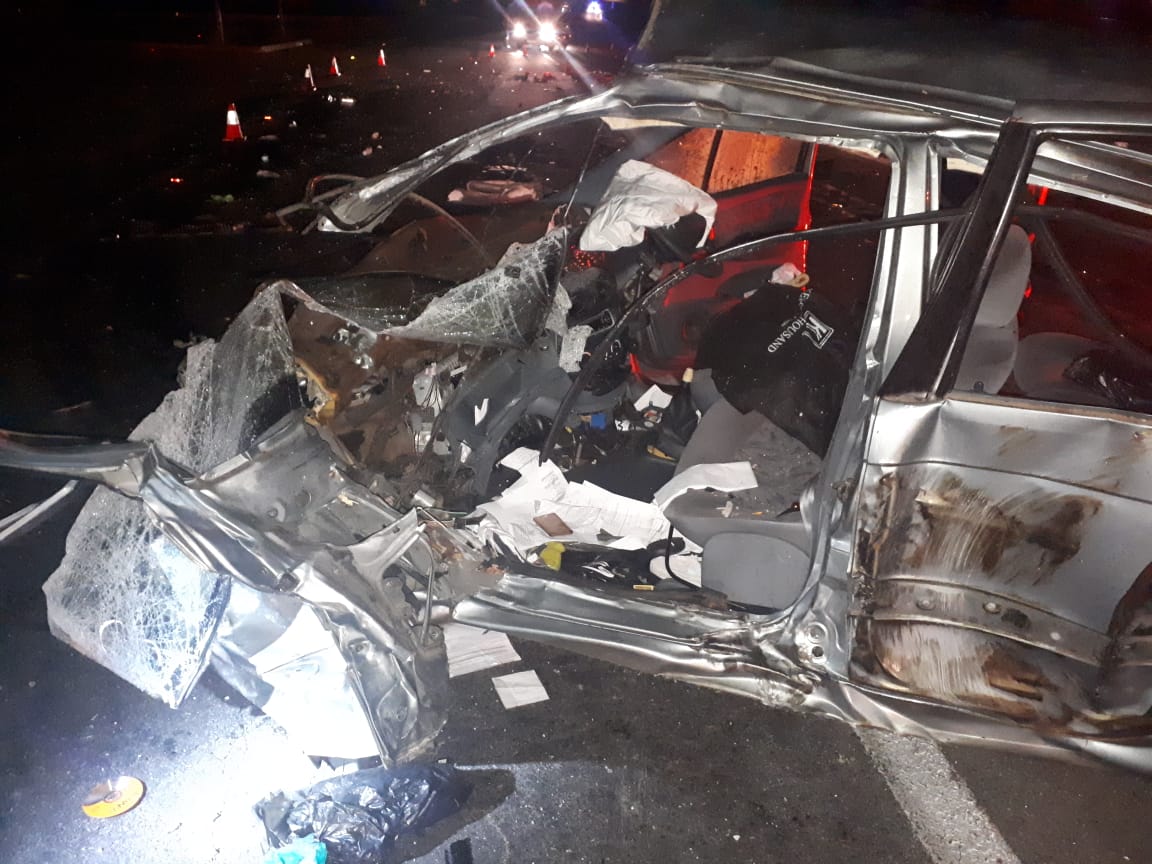 One of the accident scenes in this weekend's horrific accidents. Image: Lowvelder

Two people have died and many others injured on the roads in the last 24 hours, reports Lowvelder.

The spate of accidents started at around 06:30 yesterday on the R38. According to EmerGmed’s Martin Jeffrey, two people were seriously injured when three vehicles collided.

An occupant of a hatchback was gruesomely killed when a truck allegedly skipped the stop sign on the Schoemanskloof, Montrose T-junction, colliding with the side of the hatchback. “The impact decapitated the passenger,” Jeffrey said. The driver escaped with minor injuries.

The driver of a Volkswagen Polo died when he lost control of his vehicle near Halls Gateway this morning. “Two of the occupants were rushed to hospital with serious injuries,” Jeffrey said.

He added that two more accidents occurred near KaNyamazane, and another near KaBokweni. “The latter was caused by the wet roads.”