The defence said that the judge wishing Zondi well in her exams led him to think he was being sympathetic towards Zondi. 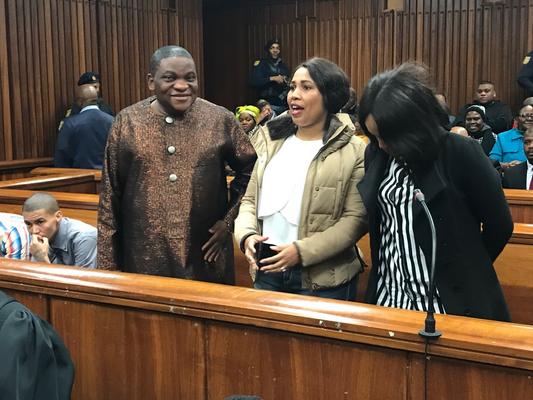 After Pastor Timothy Omotoso’s defence Peter Daubermann applied on behalf of his clients for Judge Mandela Makaula to recuse himself, the judge turned it down but postponed the trial to Thursday.

The judge had earlier ruled that the recusal application had no merit.

Daubermann then responded that he wanted to consult further with his senior counsel, and said he was willing to take his application to the Supreme Court of Appeal (SCA). He called for the matter to be stood down until he could consult with senior counsel on Thursday.

The postponement was granted on Monday afternoon, although the judge was initially not keen to stall proceedings further.

Omotoso and his two co-accused, Zukiswa Sitho and Lusanda Sulani, face a total of 97 charges, with 63 as main charges and 34 as alternative charges.

The defence lawyer had alleged the judge made questionable statements in the case.

Daubermann earlier claimed Makaula had allowed his humanity to get the better of him “and unfortunately I have to criticise you on those comments”.

If Makaula had granted Daubermann’s request of another judge, first witness Cheryl Zondi may have had to testify again.

Daubermann had outlined that Makaula wishing Zondi well in her exams had led him to think Makaula was sympathetic towards Zondi.

Quoting Makaula, Daubermann said comments such as “leave it to us” meant “leave it to me to see that justice is done on your behalf”.

“I understand what happened, my lord, but it’s not your job to consult with the witness. A judge cannot hint bias.”

He said it was clear the judge had made up his mind.

Further breaking news on the case today has been the revelation that Omotoso’s church, Jesus Dominion International, doesn’t have a physical address at its ostensible headquarters in the UK. It has received nearly a R1 million in donations already this year.

Vehicle swept away by water, search for survivors continues
1 hour ago
1 hour ago

Vehicle swept away by water, search for survivors continues
1 hour ago
1 hour ago