The popular preacher said the idea of filling up an airfield came to him in a dream. 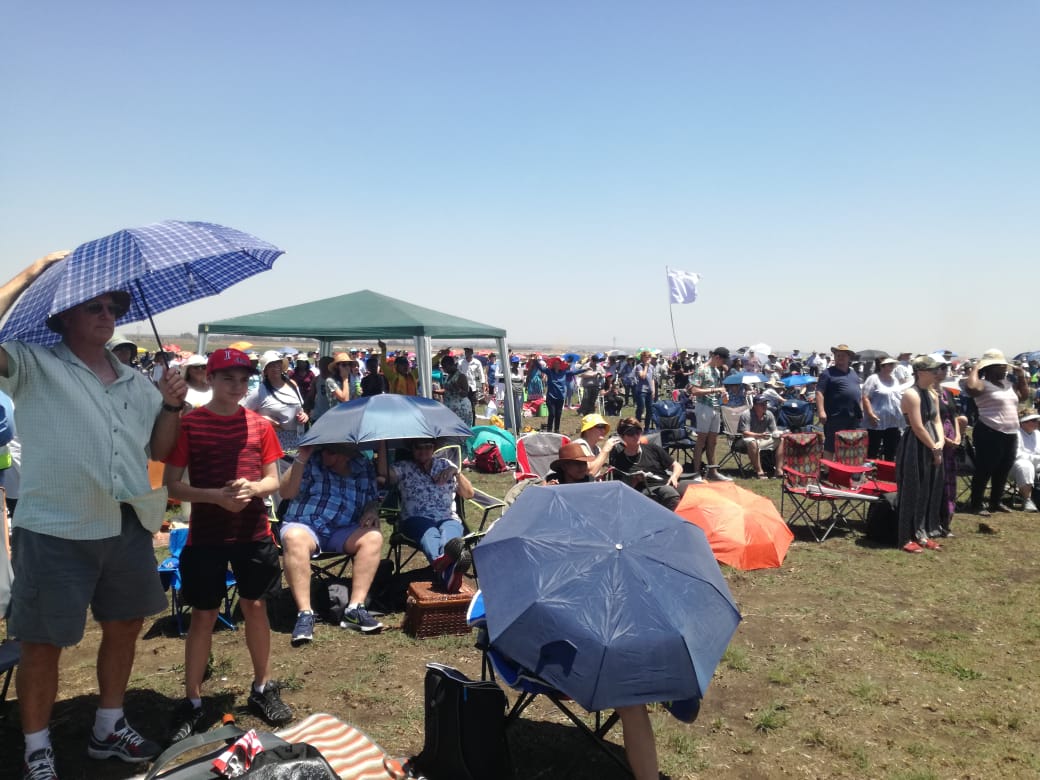 Well-organised traffic control made it possible for the people to make the journey without too many delays on the roads.

People from all corners of the country and even as far as Namibia made the trek to the airfield.

Although organisers could not yet give an estimate as to how many people attended the event, there were far less than the millions expected.

Many people walked for several kilometres from the massive parking terrain to the event grounds, where they gathered around several screens as well as the main stage set up on the airfield.

Praise and worship songs were sung as they waited for the main event, when popular Christian speaker Angus Buchan took to the stage. 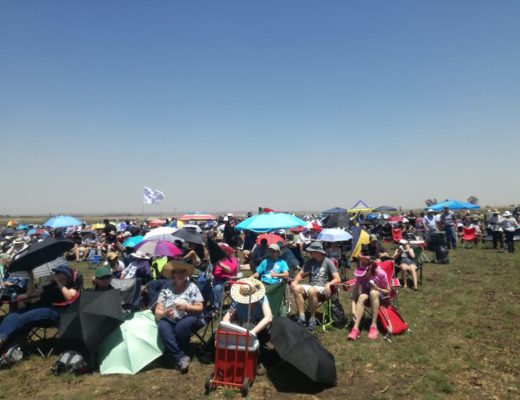 Buchan prayed for South Africans and spoke about drought, crime and land. He said people should not leave their country, unless God told them to.

“This land belongs to God. God gave us this land,” he said.

He said that people should pray for wisdom for government to manage the issue in line with God’s will.

Buchan touched on other subjects such as corruption and education praying for “equal opportunities for all South Africans”.

He quoted the Bible verse Mark 14:38: “Watch and pray lest you fall into temptation. The spirit is willing but the flesh is weak.

“We need to start walking in the Spirit. We need to start seeing those things which the Lord has shown us. The things that we can only see through faith, and not through carnal eyes,” he said.

Earlier it was reported that it was hoped the prayer gathering would be the biggest religious event of the year, with 5 million people.

On Saturday from 11am to 5pm, it was expected to outdo all previous prayer gatherings after the venue was revealed to Buchan in a dream.

“God showed me an airfield and told me that it would be the venue for this gathering,” he said.

Buchan said the event was specifically hosted near Pretoria, as it is the administrative capital of South Africa.

“Our country is currently poised on a dangerous edge, there is much unrest,” Buchan said in an interview with Joy News.

“If God doesn’t intervene in South Africa, we could be on the brink of a civil war. At the gathering, we will pray against racialism, hatred, greed, an end to corruption, a godly government, equality, opportunity, and employment.”

Travel ban: Holidays abroad up in the air due to Omicron
5 hours ago
5 hours ago
PREMIUM!

'Nothing new' about vaccine mandates, say experts
6 hours ago
6 hours ago

Travel ban: Holidays abroad up in the air due to Omicron
5 hours ago
5 hours ago
PREMIUM!

'Nothing new' about vaccine mandates, say experts
6 hours ago
6 hours ago