Makaula has dismissed both applications from Omotoso's defence for leave to appeal against his decision not to recuse himself and quash the charges. Judge Mandela Makaula has dismissed both applications from Omotoso’s defence for leave to appeal against Makaula’s decision not to recuse himself and quash the charges.

This is after Omotoso’s defence Peter Daubermann made it clear that his clients intended to petition the Supreme Court of Appeal.

Omotoso and his co-accused Lusanda Sulani and Zukiswa Sitho were back in the Port Elizabeth High Court on Tuesday facing a series of charges.

Daubermann tabled complaints on the safety of his clients and supporters after they were victimized by crowds.

Some people were barred from the court. Daubermann told the court that his clients were only given 10 access tickets only for friends and family to access the court and that was unfair.

Makaula began his judgement by stating that he would highlight reasons for not quashing the charges at the end of the trial.

He said the defence deliberately took his utterances out of context before dismissing both applications for leave to appeal.

Last week, Omotoso’s defence roped in senior counsel advocate Terry Price for their application for leave to appeal against Makaula’s decision not to recuse himself. They also issued submissions for the quashing of the charges against Omotoso and his co-accused.

The attempts have been described as a ploy by the defence to delay the case and not proceed any further, according to state prosecutor Nceba Ntelwa.

Omotoso and his co-accused face a total of 97 charges, with 63 as main charges and 34 as alternative charges. 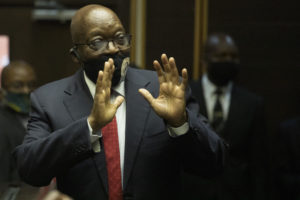 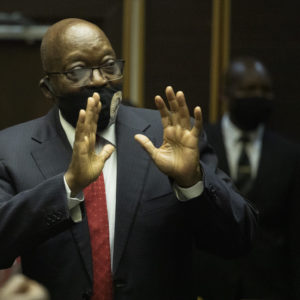