A fire 55km north of Knysna is out of control, and farmers have been told to prepare for evacuations as aerial support protects infrastructure in the line of fire. 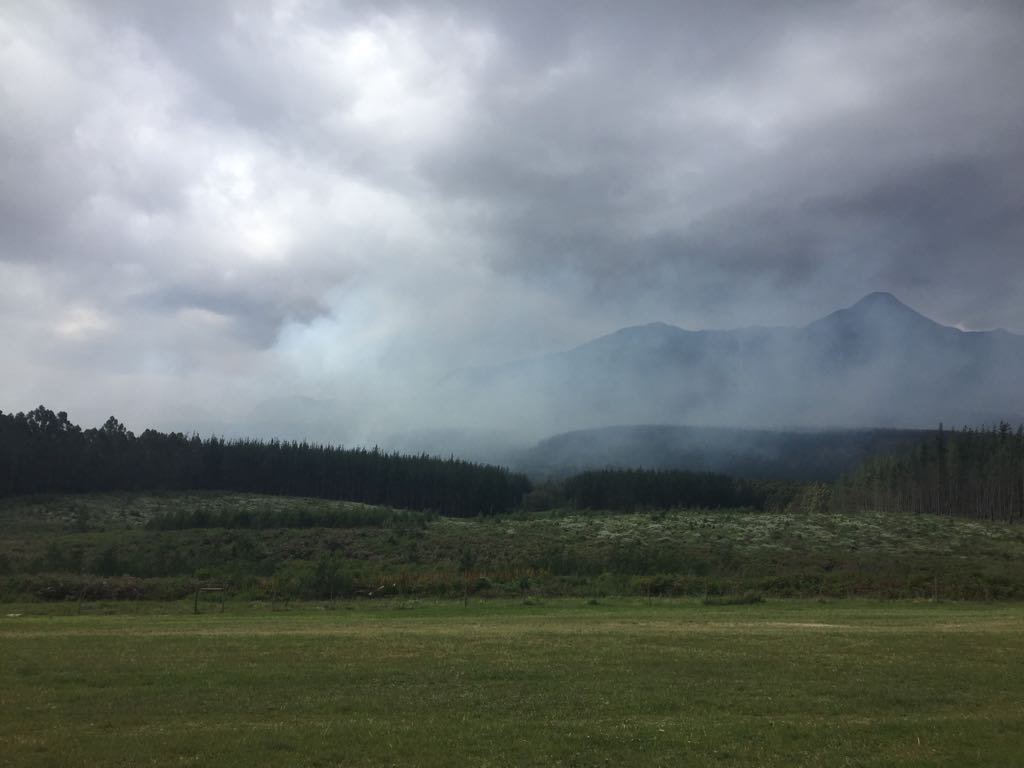 Several fires in the Outeniqua Mountain and in the plantations in the northern parts of George are continuing to burn, impeding visibility in some places, reports George Herald.

Motorists and pedestrians have been asked not to use Madiba Road (former Saasveld Road) that leads to Nelson Mandela University due to excessive smoke. A fire in the area necessitated the evacuation of all students from campus and they are being housed in Hope Church in George-East.

A fire continues to burn behind the old Hawthorndene Hotel on the slopes behind Heatherlands and thick smoke is billowing from the plantation covering the suburb in smog.

A statement released by Fancourt Golf Estate in Blanco said strong winds drove a fire towards the Links golf course, the Fancourt Hotel and The Manor House in the early hours of the morning, but that firefighters and members of the support services and ground teams worked through the night to get the fire under control. The early morning rain also brought relief.

All three golf courses at Fancourt have reopened, but due to flare-ups, the situation is closely monitored.

De Vlugt fire out of control 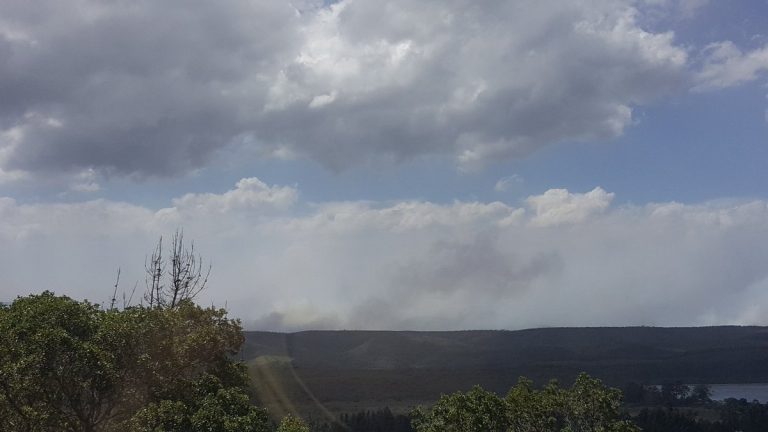 Meanwhile, the fire at De Vlugt, 55km north of Knysna, is out of control. It is spreading on the mountain and into the valley threatening two sawmills. According to The Garden Route District Municipality (GRDM) Joint Operations Centre (JOC), a fire management unit is located just north of the fire and all the farmers have been told to prepare for evacuations.

Aerial support is trying to protect infrastructure in the line of fire. Ground teams are also being deployed and MTO is also on the scene.

Due to signal problems, the JOC is struggling to retrieve information from the Fire Management Units established across the Garden Route.