Workers complain of constant headaches, shortness of breath and sinusitis, and have refused to work in the Civitas Building in the Pretoria CBD. 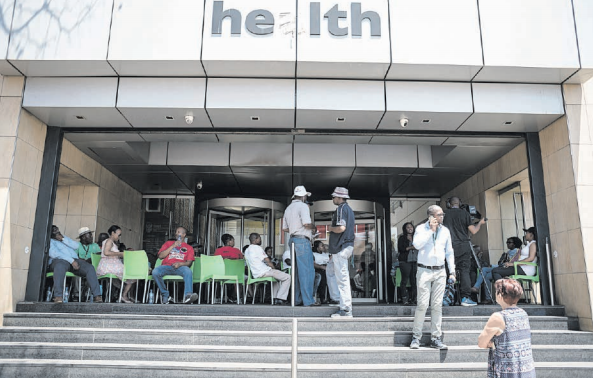 Civitas Building’s fire sprinkler system does not function in terms of the Occupational Health and Safety Act, posing a danger to employees. Photo: Jacques Nelles

The department of health is planning to appeal the prohibition notice that led to its Pretoria head office being shut for being “unsafe and unhealthy”.

For the past seven months, the department’s staff have refused going to work in the 29-storey Civitas Building in the Pretoria CBD, saying the property, which also houses Health Minister Aaron Motsoaledi’s office, was not health-compliant.

Workers complained of constant headaches, shortness of breath and severe sinusitis because “the building had no windows, had poor air circulation and dirty carpets”. 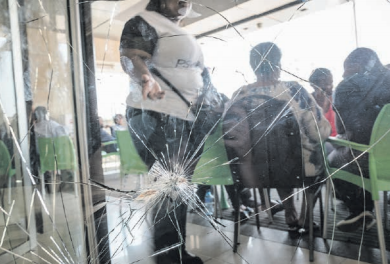 The department of labour’s inspector-general declared Civitas Building, which is leased by the department of public works, noncompliant last Thursday, following an assessment.

This was after the Labour Court referred the department and its employees to the department of labour last month, stating they do not have jurisdiction over the matter. According to the assessment sheet seen by The Citizen, the building’s fire sprinkler system was not functioning and in terms of the Occupational Health and Safety Act, staff were prohibited from occupying the building.

The inspector-general’s report read in part: “I hereby prohibit you from continuing or commencing with the following, effective immediately: allowing employees to occupy the Civitas Building as it continues to be unsafe and unhealthy for employees.

Staff, including members of National Education, Health and Allied Workers’ Union (Nehawu) and Public Servants Association, celebrated their victory outside the building yesterday.

While health’s director-general Malebona Matsoso told employees through a letter that her department would adhere with the inspector-general’s report, department spokesperson Popo Maja said they would appeal the decision.

“Our understanding is that it was taken in a meeting without practical assessment of work that has been done by the department of public works,” Maja said.

“We have appealed that the department of labour should send a team, rather than an individual, that will conduct a comprehensive assessment and on the basis of that, issue a notice. We will fully comply.”

Health’s deputy director-general for corporate services Valerie Rennie said the department would notify staff when they could return to work.

“We are working right now to address the prohibition findings,” she told The Citizen yesterday.

“Our mandate is to make sure this doesn’t affect the country as a whole. We will ensure that service delivery is not negatively impacted.”